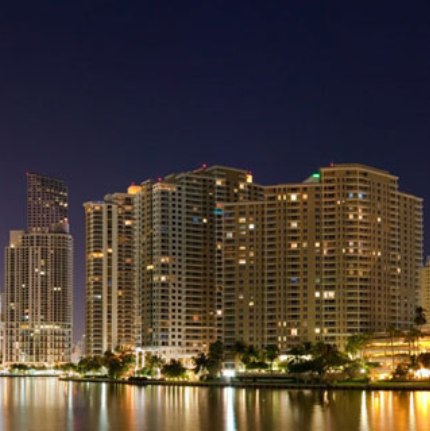 Four years ago, Angel Herrera, 29, together with his brother and father, started investing in properties in Miami during the real estate slump, closing on two $6.6 million deals –- all in cash.

In Venezuela, the Herreras have a food distribution company, among other businesses. The country’s instability drove them to look elsewhere for investments. “We were forced to come to Miami because of the security situation. We took advantage of the situation here,” Herrera explains. The family now owns 62 properties in Miami, including condos, offices, and homes —and they’re looking to buy more.

The Herreras are part of a growing number of wealthy investors from Latin America who have been instrumental in Miami’s ongoing rebound from the real estate collapse that is still affecting other parts of Florida, and the country.

Nearly 30 percent of international real estate transactions in Florida are made by Latin Americans. Venezuelans make up the largest group of buyers at 14 percent, followed by Argentina and Brazil, each at 11 percent. Colombia account for 8 percent and Mexicans for 5 percent, according to the 2013 Profile of International Home Buyers in Florida prepared by the National Association of Realtors.

“Investors are spending 2, 3, 4 million dollars, plus. We’re talking serious money,” said Liza Mendez, Chairman of the Board of the Miami Association of Realtors. On average, Brazil pay $440,000 for each property and Venezuelans pay around $400,000, which is more than the average international buyer. The domestic buyer pays around $250,000.

But it’s not just the fact Latin American investors can afford higher prices in Miami. It’s that they’re paying cash for their properties. “The ability to transact quickly is a negotiating chip that buyers, especially all-cash investors from overseas, use to secure the deals,” said Peter Zalewski, real estate analyst and founder of Condo Vultures and Crane Spotters. Many times, deals are closed in 2 weeks, which is attractive to sellers.

While the surge in foreign investment from Latin Americans has been instrumental to Miami’s real estate turnaround, it’s a different story for other Latino families trying to buy their first home. Anyela Ibague, a working-class, recently divorced Colombian, had a tough time finding a home to purchase for the first time, even though she was already pre-approved for a loan by a bank. “I knew paying rent was a waste of money,” Ibague said. She has an 18 year-old daughter in college but has been longing for a house with a backyard where her 4 year-old son could run around.

“I was very motivated and wanted things to happen fast. But I was frustrated after making four offers only to find out someone had already offered cash,” said Ibague. After several months, she saw a house she liked that had just come on the market and immediately made an offer, circumventing the cash buyers.

“Imagine a consumer needing appraisal, contingency and sellers don’t want to wait,” said LeeAnn Robinson, COO of Neighborhood Housing Services of South Florida, (NHSSF) a non-profit homeownership counseling and community development organization. As a result, people are taking longer to find a house or resorting to renting. “We have people in our system for over 24 months still looking,” said Robinson.

It’s not just Miami homebuyers who are being affected by a surge in all-cash property purchases. As CNBC recently reported, while first-time homebuyers historically account for about 40 percent of the market, only 27 percent of those purchasing homes in December were in that category. In fact, all-cash purchases accounted for about 42 percent of all U.S. residential sales in December, a stark increase from December 2012, when 18 percent of residential sales were cash only.

Most experts agree that for first time homebuyers, it’s crucial to be pre-approved for financing so when the right house comes along, the buyer can move quickly. “There is not a lot of time to think too much. You have to be ready to buy,” said Mendez. She also advises prospective homebuyers to take their debt into account. “You can be making a lot of money but if you have student loans, that will affect you.”

In South Florida, non-profits such as NHSSF advise Latino and other South Florida families on homebuying preparation, including how to be prepared to buy in an all-cash market. And while the all-cash purchases have strengthened Miami real estate and the economy, realtors like Mendez of the Miami Association of Realtors concede it’s important to have a balance, including a chance for buyers like Anyela Ibague. “It’s important to have ‘la ilusion de la casita’ — the dream of owning a house,” Mendez said.