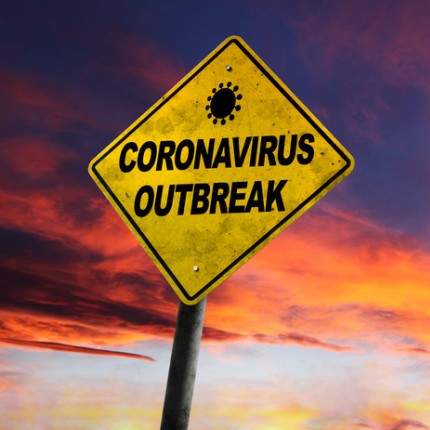 Restaurants. Retail. Entertainment. These are some of the industries that have been walloped by the spread of the coronavirus, leaving workers unemployed, bars and stores shuttered, and people isolating at home riffling through Netflix or YouTube to pass the time.

But the real estate industry — the mammoth, essential economic engine that can’t be turned off with the signing of a government order — presents a trickier, more complicated problem.

While experts in the Miami-Dade market continue to report robust listings and sales of single-family homes and condos, the full impact of COVID-19 on the industry will take longer to reveal itself — and no one yet knows what that will look like.

“This period is reminiscent of the post-9/11 era and the run-up to the 2008 recession,” said Jonathan Miller, president and CEO of the New York-based Miller Samuel Inc. real estate consulting firm. “But those moments had a clear line of demarcation before and after. This is different. We’re at peak uncertainty, which makes this different. This phenomenon is going to be spread out over time — we don’t know how long — and we don’t know who has the virus and who doesn’t.”

Some signs of the impact are already visible. A flash survey conducted March 16-17 by the National Association of Realtors of a sample of its 72,734 members showed a big jump in decreased interest from buyers over the same period on March 9, from 13 percent to 37 percent. Decreased interest from buyers in areas with confirmed or presumed COVID-19 cases increased even more, to 41 percent. The same survey found that the percentage of sellers who removed their homes from the market also increased, from three percent on March 9 to 16% overall and 23% in areas affected by COVID-19.

According to the real estate marketplace Point2 Homes, interest in home-buying in the U.S. plummeted 35 percent during the week of March 9-16, despite low interest rates and anticipated strong demand. During that same week, Google Trends data shows interest in apartment rentals dipped 25 percent.

Hard numbers from Miami-Dade don’t show an immediate slowdown in the market — yet. According to Ron Shuffield, President and CEO of Berkshire Hathaway HomeServices EWM Realty, the Multiple Listing Service for Miami-Dade County’s database shows 1,240 new listings for single-family homes and 1,652 new listings for condos were entered into the system during the period of March 1-18. That’s a 4.8% drop for homes and 8.6% drop for condos from the period of Feb. 1-18.

But sales across Miami-Dade have actually increased month over month, with 465 single-family homes (up 4.5 percent) and 557 condos (up 14.1 percent) closed during the period of March 1-18. And Miami-Dade may be in better shape to sustain a downturn now than a decade ago. A March 2020 report by Clever, an online real estate service, indicates that only 5.3% of homes in Miami-Dade are worth less than their mortgage value, versus 47% in 2010, as the Great Recession was nearing its end. Nationwide, 9% of homes are now worth less than their mortgage value.

“The only thing that has really been disruptive to our industry is that customers are not out in the numbers that they usually are,” Shuffield said.

His firm had one sale close and three under contract over the last two weeks, all in the $9 million-plus range.

“Some people have said they prefer to take their property off the market during this period,” Shuffield said. “I expect our sales velocity will slow down. But the underlying factor of what is happening today is different from the recession. We’re living through a health crisis, but we’re on solid financial footing.”

The virus outbreak has forced industry veterans to rethink their traditional approach to their work. Following Miami-Dade Mayor Carlos Gimenez’s order to shut down all non-essential businesses, most real estate brokerage firms will conduct work remotely. Some will remain open to fulfill legal and financial duties related to their clients. Open houses — one of the most valuable tools in selling a property — have also been nixed.

Alicia Cervera Lamadrid, managing partner and principal of Cervera Real Estate, said that as of Wednesday March 18, condo associations have been making it difficult to show units in their respective buildings, regardless of whether the client is renting or buying.

“They’re shutting down access to people who don’t live in the building,” Lamadrid said. “Only caretakers and essential people can go inside, which makes it harder. That is becoming more common.”

Although there is no data that tracks apartment and condo rentals in real time in Miami-Dade, Cervera said she expects the number of leases to dip at existing buildings. New apartment buildings will be exempt. But Cervera, who specializes in luxury real estate, said she is “happily surprised” to still be doing business. She said her firm has sold three units in the last couple of weeks at the Aston Martin Residences, where prices go up to $5.3 million, and closed on another unit at Natiivo Miami, where prices reach $1.2 million.

Rentals in existing rental communities, however, remain the same as they did last month. Daniel Castillo, a broker/owner of ProsperRealty Group, said the number of active rental listings in the Hammocks area of West Kendall were almost identical from Feb. 19-March 19.

“Rentals in this area of Miami-Dade remain unaffected by the effects of the coronavirus,” Castillo said. “The next two or three months will be a better indicator of how the pandemic will affect the rental market.”

One marked difference already noticeable in the coronavirus era: Fewer buyers are venturing out.

“We are seeing a slowdown in people wanting to come out to look at houses, because they are glued to their TV sets, watching the news,” said George Jalil, president of First Living Realty. “But unlike a hurricane, we are not going to lose power and people will still be able to buy gas. We’re not seeing cancellations of contracts. We do have buyers asking for an extension, because no one knows what the future is. Most sellers have been very cooperative and agreed to extend the contract closing dates for a month or two. Both sides are being very understanding. You don’t see the same panic you see with toilet paper. Before Thursday’s county mandate barring open houses, the firm had created online landing pages for open houses, where as many as four people can sign up to tour a property by appointment. All the doors in the homes were left open, so potential buyers don’t need to touch the doorknobs.”

The company is also sending electric oil diffusers as gifts to former clients, engraved with the agent’s name and contact information.

“Aromatherapy is proven to work on the limbic system and help people relax,” Jalil said. “We are sending them with sandalwood or lavender oils, which have a calming effect. It’s also a great way to get referrals.”

Instead of open houses, firms are turning to virtual tours to show their properties.

“Virtual tours have stepped up. Digital platforms have been used before and now we use them more,” said Eloy Carmenate of Douglas Elliman, a Realtor for 30 years. “The advantage is that the client still has the contact with you. But nothing replaces live.”

Some sellers are allowing Realtors to enter their single-family residences and broadcast a tour. Realtors are relying on platforms Facebook Live, Instagram Live and Periscope to showcase the homes and answer questions from potential buyers.

Still, even virtual tours aren’t filling the gap. On a typical week, Ines Hegedus-Garcia, a Realtor with Avanti Way Realty and founder of the Miamism Sales Team, would provide 20 virtual tours in a week for a single home. Now, she provides one tour every five days.

“Most sellers let us in, but they do not want to let strangers in. We sanitize door knobs and any hard surfaces that we touch. [We try] to put the seller at ease,” Hegedus-Garcia said.

Some firms had already done away with open houses altogether before the county order issued Thursday.

“People are probably not going to show up anyway, and with open houses anyone can walk in even if they are not qualified,” said Anthony Askowitz, broker/owner of RE/MAX Advance Realty. “Virtual tours are open 24/7 and can be tracked.”

Askowitz compares the current lull in the real estate market to the anticipation that happens before a hurricane.

“We’re so used to locking up the house, putting up the shutters, buying all the toilet paper,” Askowitz said. “This is a little different, but it’s the same feeling. People are hunkering down. But even today, I have gotten multiple client calls. I landed a listing today, and I listed a property on Sunday. Right now, when someone calls, they are for real, because they have a need or want. And when we come out of this haze, people are going to start buying up real estate, because the stock market is up and down. So get out of the stock market and put your money into something you can hold onto.”

Despite the gloomy outlook on how long the coronavirus could disrupt American society — some estimates put it at 18 months — the real estate industry is remaining cautiously optimistic for now.

“I expected business to slow down dramatically, but that has not happened,” said Jeff Morr, chairman of the Miami Master Broker’s Forum, which is comprised of the top 250 real estate agents and brokers in Miami-Dade County. “Sales are moving to contract. Inspections are still happening. Some agents are using FaceTime to show properties to clients from the northeast. A slowdown could still happen, because we are looking at this as a two- or three-month situation. But right now, the thing that has changed the most is that people aren’t shaking hands.”

Tere Shelton Bernace, broker and co-owner of Shelton & Stewart Realtors, said she has tamped down her marketing efforts, which usually involves two daily email blasts or social media posts, because it would be “insensitive” to continue her business as usual. Instead, her firm’s Instagram posts now include uplifting messages such as “Home Sweet Home, with All the Kids!” and a more modest invitation to take a virtual tour on the company’s website. Bernace said that although the summer is typically the slowest season for the South Florida real estate industry, she suspects this year will be different.

“We could be poised to have one of our best summers ever,” Bernace said. “If we’re still dealing with this uncertainty in November, that will be difficult. But Miami always does really well in good times and is super resilient in bad times.”