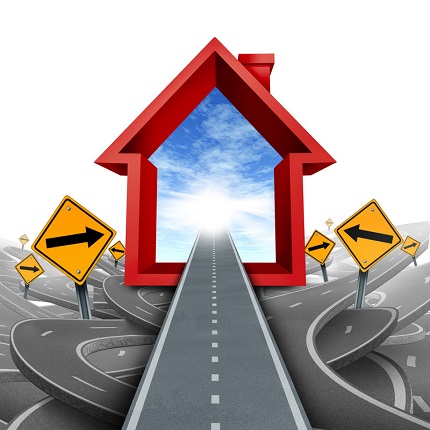 If you’ve been distracted by the federal shutdown, political dysfunction, stock-market volatility and reports of rising mortgage rates, it wouldn’t be surprising if you concluded: No way is this a good time to even think about buying a house or putting one on the market.

But take another look. Some of the real-estate fundamentals have been changing for the better. Take mortgages. They’ve gotten cheaper. As of last week, you could readily find conventional rates averaging 3.87 percent for five-year adjustable-rate home loans, or conventional 30-year loans at fixed rates of 4.45 percent, according to investor Freddie Mac. That compares with late last year, when they were at 5 percent or higher, depending on an applicant’s credit profile.

Sure, rates are slightly higher than they were a year ago, when the 30-year fixed rate averaged 4.2 percent. And yes, when you take out a five-year adjustable loan, your payments are fixed for the first 60 months and then are subject to adjustments — up or down — once a year. So you take on future rate risk in exchange for a super low rate the first five years.

But combined with other recent trends — growing inventories of homes available for sale, slower price inflation and even modest price reductions — the decline in mortgage rates should be encouraging for anyone seriously in the market for a home. And even for heads-up owners looking to sell.

— New mortgage applications of home buyers nationwide during the week ending Jan. 11 soared to their highest level since 2010 — and were 9 percent higher than they were the week before, according to the Mortgage Bankers Association. Clearly the word is out among buyers who learned about the rate declines: They’ve been rushing to nail down financing at a brisker pace than is typical for this time of year.

— Inventories of unsold houses are growing significantly in many local markets. That’s of huge importance, because a key propellant pushing prices higher in recent years has been the relative scarcity of listings. With fewer homes to choose from, especially at the median and entry-cost levels, buyers in hot markets have competed with one another to push prices beyond affordability. The latest National Housing Report issued by brokerage firm RE/MAX, which covers 53 major metropolitan areas, found that inventories grew by 4.6 percent in December, the third consecutive month of increases.

— Projections by economists suggest prices overall are likely to continue to cool this year, though not actually turn negative. Some analysts expect prices to creep upwards for much of the year but end 2019 at the lowest growth rate since 2012.

That may sound ominous if you’re planning to sell and want or need to get top dollar, but think of it this way: Better to price your home realistically up front — at the listing stage — rather than have it sit unsold for an extended period or be forced to endure a series of painful cuts.

The really good news here for sellers is that — with interest rates down and slowing prices — more prospective buyers should be encouraged to get off the sidelines, shop around and consider making offers. Mike Fratantoni, chief economist for the Mortgage Bankers Association, told me that he is “guardedly optimistic” and expects “to see a solid spring market.”

But Fratantoni hedges his forecast with some concerns: An extended federal shutdown could become “an increasing problem” for the overall economy. Plus there’s no guarantee that lower interest rates will continue indefinitely.

And of course the ongoing, bilious political situation in Washington could create some as-yet-unseen crisis, introducing “a whole different level of uncertainty.” But at the moment, there are green shoots in sight — signs of better balanced market conditions ahead.

LOOKING FOR A CONDO OR HOME IN COCONUT GROVE?  SEARCH GROVEGUY.COM