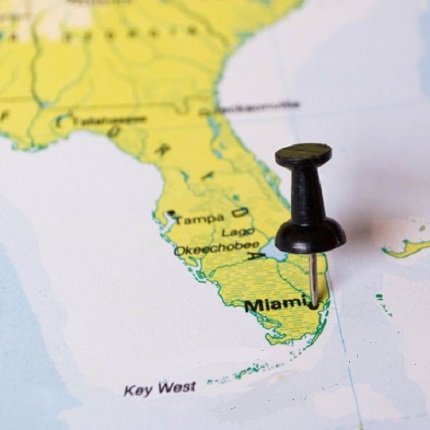 The groundswell of Americans moving to Florida from other parts of the country has been one of the more interesting subplots of COVID-19’s effect on 2020. As a South Florida real estate professional, this trend has certainly impacted my life and business, and its evolution over the past several months has borne some fascinating observations.

Foremost among these would be which areas of the country people are leaving, and the reasons for that. As you may expect, the majority of relocators we have seen are coming from the New York metropolitan area, but you might be surprised to learn that we have noticed interest from Connecticut, Massachusetts, Washington, D.C., and even Silicon Valley in California.

Obviously, the initial “New York surge” in March and April was motivated by buyers escaping their cramped apartments and closed amenities as a result of the pandemic and “shelter-in-place” policies. But it should be known that many wealthy Gothamites already had one proverbial foot out of the door due to the dramatic increases in taxes and costs of living over the past few years. As the numbers of COVID cases and deaths tragically spiked in New York City, we found that those who could escaped to the Hamptons, Cape Cod, or Martha’s Vineyard, and eventually came to realize that Florida was their best long-term solution. Even as the number of COVID cases declined in the city, our clients expressed genuine fears about a possible second surge this winter and concerns about being cooped up in apartments during another frigid winter.

In April and May, many local agents like me began “FaceTime-ing” South Florida listings to our northeastern U.S. buyers who were in their summer homes or rentals, planning their next moves. This activity escalated sharply in June and July, with these clients clearly favoring large single-family homes with big outdoor areas, featuring pools and gardens. Many of these homes were purchased and rented entirely through virtual means and are now occupied by families who are working and learning from home, having groceries, meals, and household items safely delivered, while getting to know Miami and the region. (It should be noted that this trend continues despite South Florida and New York reversing their respective positions as COVID hotspots in recent months.)

While single-family homes remain the preference for these buyers, we have certainly seen demand for spacious, newer condominiums with balconies, rooftop patios and private pools. My business partner and I worked with a couple from New York’s Westchester County who purchased a new condominium residence on a lake in Miami Beach. Although technically a condo, this unit has the “feel” of a house, and the low-rise building (with a dock) appealed to this boating couple, who plan to change their residence permanently should another COVID surge hit New York.

Recent announcements from major moving companies seem to confirm my anecdotal observations. As Fox Business reported in June, “…(according to) Roadway Moving President Ross Sapir… people are moving out of Manhattan in numbers he has ‘never seen before,’ as his company deals with its busiest season since its 2008 inception. ‘It’s insane… I’ve never seen such growth,’ Sapir said. ‘[Business is] double or triple compared to any other season as far as moving out of the city.’”

The report goes on to mention that “…a large proportion of Roadway’s clients are leaving Manhattan for Florida, or other areas in the South. Data from United Van Lines corroborated those trends. The top destination that New York City residents were showing moving interest in was Miami…”

A third moving company, Suddath, also confirmed a major migration to Florida in August, but with an intriguing twist of more youthful relocators: “…while 40% of new movers cited retirement as the prime reason for their move, an increasing number of people are relocating to Florida with something other than retirement in mind. More than 35% of those who recently relocated to the state are households of at least three people, suggesting children still young enough to live at home. A similar percentage have a head of household younger than 54.”

Further research from our own brokerage indicates a whopping 68% increase in $1 million-plus purchase contracts here in Miami last month.

While there will always be some level of natural New York-to-Florida migration, it is difficult to say if the recent spiking trends will become the norm. First of all, many of these relocators are choosing first to rent their new Florida homes, which may indicate a “dipping of toes in the water” of moving here permanently, rather than jumping in with both feet. Second, it is reasonable to expect the development of a COVID vaccine in the next two years, which will allow for more freedom of access to amenities and movement; not to mention enormous peace of mind. (Once New Yorkers can see “Hamilton” and attend regular Yankee games again, they may remember what keeps them in the Big Apple.) Finally, I believe there is consensus governmental motivation to address the tax issues which are driving rich New Yorkers out of the city, which will also stem the flow.

Still, I remain confident that many of these 2020 relocators to Miami will ultimately decide to change their residency and/or remain here permanently. Our city has dramatically improved its cultural, dining, entertainment, shopping and mass-transit offerings in recent years, which, when combined with the weather, financial benefits, proximity to the beach, and the technology to work from anywhere, makes for a pretty tough environment to leave!