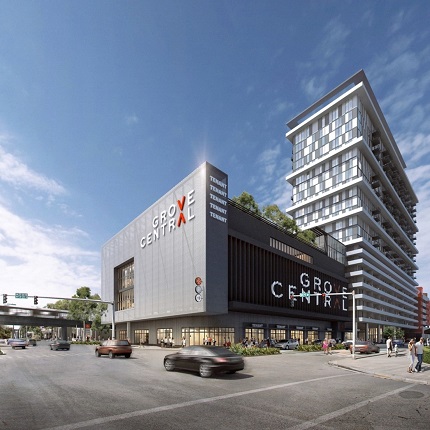 Grove Central has topped off right next to the Coconut Grove Metrorail station.

It is the latest in a series of high-density developments being built along the Metrorail.

Grove Central will include:

The developers had previously announced plans for multiple sustainability features. 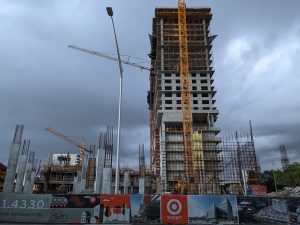 However, renderings of the building posted at the construction site no longer show the solar panels as previously depicted, so it isn’t clear if they will still be installed.

Touzet Studio is the architect. Terra Group and Grass River Property are the developers.

Source: The Next Miami