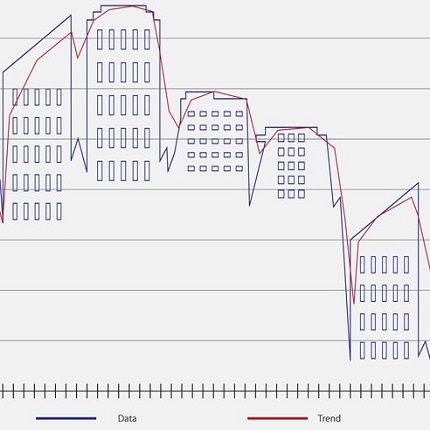 Foreign buyers are buying less U.S. real estate—and that has ramifications for some of the nation’s priciest housing markets.

International purchasers spent only about half of what they did on U.S. real estate just two years ago, according to a recent National Association of Realtors® report.

While they closed on an impressive-sounding $77.9 billion worth of existing homes in this country from April 2018 through May 2019, that represents a 36% drop from the prior year. And it’s way down from a record high of $153 billion two years ago.

The NAR report is based on a survey of 11,812 Realtors conducted from April 5 through May 3. It measured sales to foreign buyers who live in the U.S., such as recent immigrants, and abroad from April 2018 through May 2019. (Only existing homes were included in the report.)

“The magnitude of the decline is sizable,” says NAR‘s Chief Economist Lawrence Yun. “The trade war rhetoric and the immigration rhetoric is impacting potential foreign buyers,” referring to trade talks between the U.S. and China as well as other countries. “There’s a feeling of being less welcome.”

Foreign real estate investors purchased about 183,100 existing homes compared with 266,800 the year before. They dropped a median $280,600 on their homes, a bit higher than the $259,600 median sale price nationally. Nearly half of them, 47%, bought the homes as their primary residences.

And while fewer foreign buyers means less competition for homes, the luxury markets in the biggest cities are typically the most affected. It has led, in some cases, to an oversupply of high-end units, longer times to close a deal, and potentially even price drops. That’s great news for wealthy buyers looking for a discount. But it’s unlikely to make the average home more affordable.

“In most of the rest of America, it won’t make much of a difference,” Yun says.

Which Parts Of The Country Are Most Affected By Foreign Buyers?

Florida is a magnet for foreign buyers, attracting about a fifth of them to its shores. The Sunshine State‘s warm climate, sandy beaches, and lenient tax laws lure investors—and retirees—from all over the globe. (There’s no income tax in the state.)

“In Miami Beach, luxury demand is not being driven by Southern and Central America anymore,” says national real estate appraiser Jonathan Miller. “Venezuela and Brazil were key sources of luxury real estate demand in South Florida. That has largely evaporated with their economic troubles.”

California has remained popular with the international set, having about 12% of foreign purchases. Next up was Texas, at 10%. Mexican and Indian buyers were particularly big fans of the Lone Star State. It was followed by Arizona, at 5%, and New Jersey, at 4%. New Jersey is especially popular with buyers from the United Kingdom. The decrease in foreign buyers with plenty of money to spend in the priciest cities has helped to create softer luxury markets in these areas.

Several years ago, about 80% of Lynn‘s clients were from China. Now, they make up only about 40% of her roster.

“Sellers are having to compromise and be wiling to negotiate,” Lynn says.

What Kinds Of Property Do International Real Estate Buyers Want?

Foreign buyers aren’t always the high-flying urban dwellers they’re made out to be. More than three-quarters bought detached, single-family homes and townhomes. And about 44% of them chose the suburbs instead of the big cities. Plus, only 8% of them spent $1 million or more on their existing homes. That’s still higher than the 3% of buyers overall who purchased homes in that price range, but not overwhelmingly so.

“Foreign buyers were not the only buyers of luxury new development,” says Miller. “However they were an important part of it.”’

Important to note: The report looked only at those interested in existing homes. It excluded the flashier, new construction that the wealthiest individuals often gravitate toward.

Where Are Foreign Buyers Coming From?

Chinese buyers continued to spend the most on U.S. real estate for the seventh straight year. But the estimated $13.4 billion they dropped was down 56% from the previous year. That’s because growth in the Chinese economy has been slowing, plus the Chinese government has tightened rules on how much money is leaving the country, severely curbing foreign investments.

Canadians spent the second most by investing $8 billion on existing homes, purchasing nearly the same number of homes as the Chinese. They were the most likely to submit all-cash offers. They were followed by buyers from India, who purchased $6.9 billion of U.S. existing homes; the United Kingdom, at $3.8 billion; and Mexico, at $2.3 billion.

“But while foreign buyers may be down, they shouldn’t be counted out,” says Yun.

He expects the trend of globalization to continue, spurring more folks to work and settle abroad.

“I anticipate that the foreign buyers will return,” says Yun.