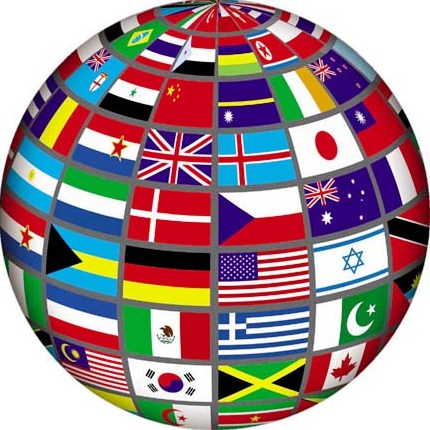 When Hongtao Liu first interviewed to work as an agent for Bosshardt Realty Services two years ago, the brokerage took a pass.

After all, he was a newly minted Realtor with no track record, fluent in Chinese and Japanese, but not English. Liu would go on to close $6 million in residential and commercial deals for Alison Ables Real Estate in his second year in business last year by serving as a trusted source for Chinese clients, many of whom bought condos near the University of Florida or were looking for a place to open a business. Bosshardt brought on Liu last month as the founding member of its new Global Division. President Aaron Bosshardt said the new global effort is in response to a push from Florida Realtors. The statewide trade association has urged members to prepare for the specialized needs of a lucrative segment of the real estate market.

Foreign buyers accounted for $68.2 billion in real estate sales in the U.S. in 2013, down from $82.5 billion in 2012 but still the second-highest total on record, according to the National Association of Realtors Profile of International Home Buyers. Florida accounted for the largest share, with 23 percent of the U.S. total. Driving the foreign sales are growing international wealth, favorable currency exchange rates over the last decade and — notably for Gainesville — more foreign students seeking a U.S. education.

Foreign buyers are a valued niche. They tend to pay more since they are wealthier and are looking for “above-average properties” for recreation and investment purposes, according to the NAR. The median price for international buyers in Florida in 2013 was $216,477, compared with an overall price of $144,074. Cash sales to foreigners made up 84 percent of those transactions.

Local Realtors do not track foreign sales, said Patti Moser, 2013 president of the Gainesville Multiple Listings Service. As broker of Horizon Realty, she said 60 percent of her bank-owned condo sales are to foreign investors who usually have family here or are associated with UF or the hospitals.

According to the NAR report, Gainesville’s share of Florida’s nonresident market is just 0.9 percent, which would amount to about $58 million. Based on NAR’s formula for the U.S. market, to include resident foreign transactions would amount to a $113 million local market. Latin American/Caribbean buyers accounted for 32 percent of the Florida foreign buyers, followed by Canada at 30 percent, Europe at 27 percent and Asia at 7 percent. Miami, Orlando and Fort Lauderdale accounted for 44 percent of the foreign sales.

With foreign investment garnering so much attention elsewhere in Florida, Gainesville Realtors are starting to look for the opportunities that are already here to cater to foreign clients — in particular those who come to study or work at UF — and prepare for the potential to drive some of that greater foreign market this way.

Aaron Bosshardt said it made sense to start a global division given the number of foreigners brought in by UF and the kind of technology companies that are coming to town. The brokerage earned internationally recognized certification for property management for a leg up with foreign-based companies after managing the Ayers Technology Plaza, where India-based Mindtree employs people from a dozen nations. Bosshardt said the need for a global division was driven home over the holidays when he attended a Diwali party at the home of a neighbor from India. “I had no idea how multicultural and global our community had become,” he said. “It just seemed like a natural.” The brokerage plans to bring on more international specialists and provide training for agents who want to work with global investors, Bosshardt said.

The North Florida Global Council, a Realtors’ group, has been increasing its activities within the last year to prepare for the opportunities. Among the 14 Realtors at a recent meeting at the Gainesville-Alachua County Association of Realtors office were people from Panama, Canada, Australia and Denmark. Realtors who handle international clients have to be able to help clients navigate additional issues, said chairwoman Anne Barnett. She put out a call for a list of professionals who can help — tax attorneys, accountants, lenders, translators and experts in immigration and money conversion.

Barnett, of Southern Property Services, specializes in land sales and said she has sold about 40 properties to people from Venezuela over the years in Alachua and surrounding counties. “They’re trying to get their money out of Venezuela because of the way things are politically down there,” she said.  Other Realtors said they have sold houses and “kiddie condos” — for their children in school — to Venezuelan buyers.

Yasmin Supelano, who is from Colombia, is working to become a Realtor alongside her agent at Re/Max. Supelano said she knows a lot of people in Colombia who want to send their kids to school in the U.S. She said she also knows a lot of people in Bolivia who want to invest their money in the U.S. “but don’t know how.” In addition to the particular legal issues that come with international transactions, Realtors also face cultural issues.

The NAR report says that buyer agents typically have a language or cultural background in common with their clients. “I understand my buyers’ wishes completely and had found what exactly they wished for,” Liu said of his Chinese clients. He said his clients want features influenced by Chinese culture, such as bright homes with more and larger windows. Those who believe in feng shui do not want to live at a T-intersection where roads meet. He also knows not to be pushy. “I always say, ‘You should only buy your home if you absolutely like it,’?” he said. Liu said Chinese like to buy property overseas because of limits on home ownership in China. With a strong yuan, he said Chinese buyers can easily pay cash for condos near UF.

Liu worked in the import/export business in China for seven years before moving to Japan and earning his master’s in business administration. He came to Gainesville eight years ago when his wife took a job as a research scientist at UF. He said he bought condos for investments. Two years ago, he got his green card and his real estate license. Liu said Bosshardt Realty is building a website to advertise in China. “I think more and more international buyers will be coming to Gainesville,” he said.

More international students have been coming to Gainesville. Based on fall enrollment, UF had 6,885 foreign students, up from 5,080 in 2002. Those from China made up the largest number of foreign students at 1,596, followed by India (935), South Korea (263), Canada (150), Taiwan (148) and Brazil (107). Chinese enrollment has been growing fast, having doubled over four years. UF maintains a small office in Beijing. Since 2010, the Beijing Center for International Studies has made a concerted effort to recruit undergraduates by forging alliances between UF colleges and Chinese universities. UF spokesman Steve Orlando said UF also has had a focus on outreach and recruitment in South America.

In addition to buying real estate, the Chinese community has made its presence felt in other businesses. Sherry Huo is a graduate student at UF and a manager at the new Small House Chinese Restaurant near campus. “It’s a pretty stark difference compared to eight years ago when I was first here,” she said of the growth in Chinese students. She remembers just a couple Chinese takeout restaurants near campus when she arrived, while full-service traditional Chinese and “Asian-inspired” restaurants are now “booming.” Small House’s owners are Chinese people from Jacksonville, one of whom has a daughter at UF. “You see an increasing number of Chinese population anywhere, really,” Huo said. “It’s a sign that people have the means to come out here from China, whether to pursue business or to pursue education.” And they have the means to dine out, she said. About half the restaurant’s diners are Chinese, said Yima Guo, another manager and UF student.

At Chun Ching Oriental Food Supply, owner Yu Yang said she has noticed more Chinese students, who make up about 70 percent of her customers. Yang, who is from Shanghai and earned her MBA at UF in 1997, said that, unlike then, today’s Chinese students are able to buy a car right away. The parents are making good money and have one child to spend it on because of China’s one-child policy, she said. “They eat out a lot. They don’t cook much,” Yang said. “Because it’s a one-child family, they’re all spoiled.”