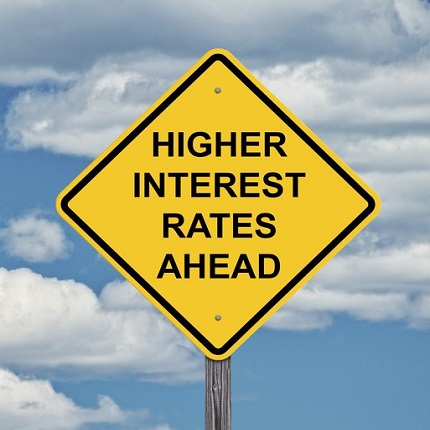 In 2019, the benchmark federal funds rate could crack the 3 percent mark for the first time in more than a decade, according to the Federal Reserve’s top official in Miami.

During a luncheon this week hosted by CREW-Miami, Karen Gilmore, Vice President and Regional Executive at the Miami branch of the Federal Reserve Bank of Atlanta, said the regulatory body is anticipating two hikes this year that could bump up the rate to 3.25 percent. The rate is currently between 2.25 percent and 2.5 percent. A higher fed rate is expected to push up the cost of borrowing for commercial and residential loans.

Gilmore told attendees at the Four Seasons Hotel Miami that the Federal Reserve has dialed back its projected rate hikes for 2019, confirming earlier reports that there will only be two increases this year instead of three. In 2018, the Federal Reserve raised rates four times.

“The federal policy makers have indicated there will be one to two adjustments,” Gilmore said. “In September, they were much more aggressive about what would happen in 2019. They have pulled back the pace of the interest rate changes in the coming year. While the economy and the labor market finished strong in 2018, there are signs the record growth is slowing down.

The last time interest rates went over 3 percent was in 2005, three years before the global financial collapse and subsequent recession.

“The economy and job growth are still tracking upward, but certain employment trends could slow things down,” Gilmore said. “We are not going into a recession. However, a hot labor market can have other ramifications.”

The historically low unemployment rate can lead employers to be forced to raise salaries and wages to attract qualified workers. Those business costs are absorbed by raising prices for goods and services, Gilmore explained. In turn, consumers could end up spending less money.

“Another area of concern is that the Republican-led tax cut plan has not led to more spending by businesses that benefited from it,” Gilmore said. “Proponents expected tax cuts would entice companies to invest in new capital such as buying new equipment or building new warehouses. But businesses have not been strong investors in their businesses. A lot of the tax savings went to stock buybacks and dividends.”

The trend will continue in 2019, she added. Moreover, the Trump tariffs and trade war has dampened economic enthusiasm generated by the president’s tax cut plan.

“It put the brakes on all the positive sentiment created by the tax cuts,” Gilmore said. “There has also been a pull back on home buying with consumers questioning if they should be making long-term investments when interest rates are rising.

Lyan Fernandez, CEO of Attica Consulting Group and a past Crew-Miami Chapter President, said Gilmore’s outlook lines up with what the real estate industry is expecting the Federal Reserve to do in 2019.

“There was no reason to accelerate raising rates,” Fernandez said. “What she said underlies what everyone in the real estate community already knows: we are on the downside of the cycle.”

SEARCH FOR YOUR COCONUT GROVE CONDO AT GROVE GUY.COM