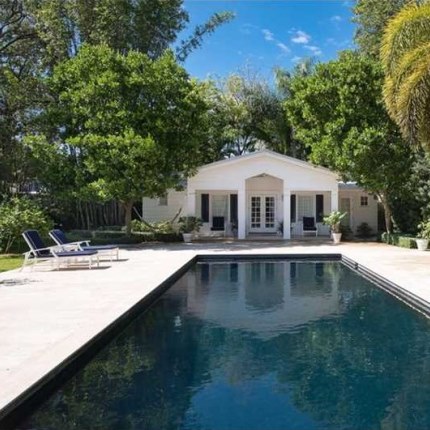 A fashion mogul just sold his home in Coconut Grove for a non-waterfront record of $7.5 million.

A Brazilian family from Key Biscayne purchased the mansion at 4020 Kiaora Street in Miami, a Compass spokesperson told The Real Deal. Property records show the seller is Marco Frachesen, a former head of Fendi and owner of luxury retailer Merak.

The sale beats the previous record that was set in May, when the son of former Mexican president Ernesto Zedillo Ponce de Leon sold his non-waterfront Grove home for $5.08 million. That deal still holds the per-square-foot record.

Ben Moss of Compass, who represented the seller, re-listed the home in July for $7.95 million.

“It had been listed before at a price that was, frankly, unrealistic,” he said.

It was previously asking $10.9 million.

Frachesen sold the house with a tenant in place through December of this year. It’s being rented for $45,000 a month, and includes a heated pool, a 5,000-bottle wine cellar, and a home theater.

The Grove property, which features a 100-foot banyan tree and full-house generator, was not affected by the storm.