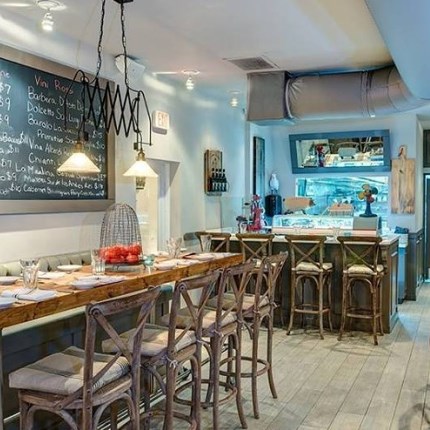 When Maurizio Farinelli opened Strada in the Grove, the tree-lined community embraced the bistro for its well-priced pasta and warm-yet-sophisticated setting. Now, the restaurateur, who also owned the popular Trattoria Sole and Blu in South Miami, is bringing a more personal concept to the Grove.

Farinelli 1937 will open at 3199 Commodore Plaza, directly across the street from Strada, named after the restaurateur’s family, as the owner explains. “I’ve never been one of those people who wanted to use his name, but this is to honor my grandparents. 1937 is the year they opened their first restaurant in Italy, so it has special meaning to me.”

Opening in the fall, the new establishment will serve serve pizzas and dishes from two brick ovens — one of which is dedicated solely to the pies. According to Farinelli, the pizzas will be 100-percent Italian-style with offerings like white truffle and osso bucco.

In addition, salumi will be offered, including eight or nine different prosciuttos. Locally made cheeses as well as imports from Italy will be served, and all meats will be hand cut — just like in the Old Country. High-end sandwiches, a wine list of 100 varietals, nearly a dozen champagnes and proseccos by the glass, and a multitude of craft beers from Italy and locally, will round out the menu.

The restaurateur explains his concept, “Farinelli will not compete with Strada. We will not serve pastas. We’re going back to our roots of real comfort Italian, but not Italian-American. There’s a lot of confusion between what that means. For instance: We don’t have Alfredo and we don’t eat spaghetti and meatballs. That’s not true Italian. We do have meatballs, but never with pasta.”

The restaurateur explains his reasoning for opening a second Coconut Grove location. “Obviously, if I gambled on Strada almost three years ago, I believe in the neighborhood. I’ve lived in Coconut Grove over 25 years and I have a following of people that like my style of restaurants. We’ve also been attracting people from Pinecrest, Brickell, and the beaches, too. If you have the right food, people will travel.”

In the end, it’s all about the food and the touches. “I’m a food lover. For me, it’s a passion. I’ve been to New York four times in the past five months, experiencing some of the city’s best pizzas because I’m trying to make something really different from what people are expecting. I want to provide something really cool. In Italy, dining is about food, but it’s about seeing your friends and laughing and having a good time. Food is a reflection of our culture. That’s what I want to bring to my restaurants.”

Just a few blocks away, Fornaro Ristorante & Pizzeria is set to open in the next few weeks. Located at 2750 SW 26th Ave. (around the corner from Coral Bagels), the restaurant, owned by Lorenzo Ramon, will serve pizzas and dishes straight from the brick oven, a focal point of the dining room. Warmly lit by Edison lamps and decorated with Subway tiles, Fornaro is reminiscent of a beautiful Roman trattoria.

Michael Schwartz is also getting into the Coconut Grove pizza scene with the opening of Harry’s Pizzeria. This second location of the Genuine Hospitality Group’s popular casual pie shop will open at 2996-98 McFarlane Rd. some time in 2015. Coconut Grove’s Arquitectonica is heading the space’s design and build out. Schwartz, a savvy chef and restaurateur, feels Coconut Grove is ripe for a renaissance, saying,  “Choosing the right next location was super important, from the community, to the space itself and the partners involved”.

Looks like we should all start planning a Coconut Grove pizza crawl some time in the near future.