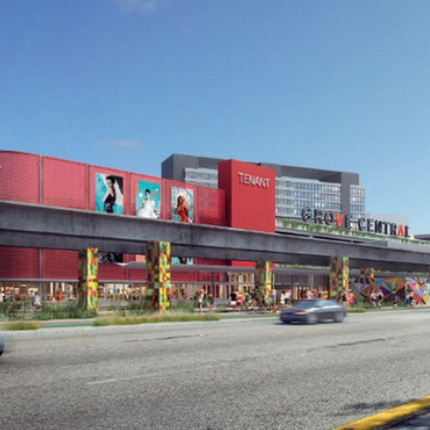 Developers Terra and Grass River Property no longer plan to build a hotel as part of a mixed-use project at the Coconut Grove Metrorail station. Instead, the developers are opting for more apartments.

The application pegged the project’s cost at $162.3 million. Terra President David Martin told the publication at least 15 percent of the apartments at Grove Station would be workforce housing.

Units at the apartment complex will range from about 550 square feet to 880 square feet. Rentals would be made up of 96 two-bedroom units and 192 one-bedroom units, which would average $1,705 per month, according to the South Florida Business Journal. Features also include a parking garage with about 900 spaces, including 200 spaces dedicated for public use.

The 5-acre property, formerly a parking lot for the Metrorail station,sits on the northwest corner of Southwest 27th Avenue and South Dixie Highway.

The developers are seeking a $4.5 million bond through the Builder Better Communities bond program. They closed on the leasehold interest in 2016 for $196 million. Miami-Dade County Commissioners approved a development agreement that requires Grass River to pay Miami-Dade 3 percent of revenues.

Martin told the publication he hopes to break ground in late 2018 or early 2019.