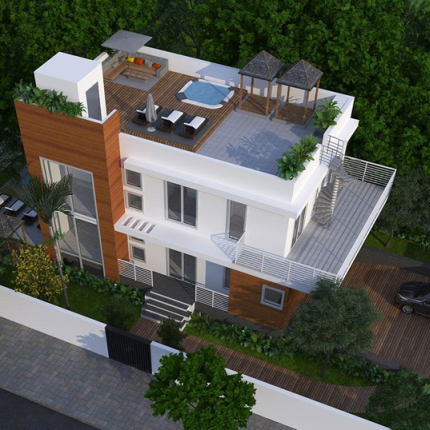 Chicago developer Ricky Trinidad has launched sales for a group of new single-family homes in the West Grove with plans for dozens more.

Trinidad, now based in Miami, will break ground this week on the first of six luxury homes, called Grove Palms, priced from $995,000.

LointerHome recently launched sales for a six-home development called Glass House with prices starting at $700,000. The project is also in the West Grove.

Prices for Grove Palms range from $995,000 to $1.3 million, with per-square-foot prices starting at $343. One home is under contract. In other parts of Coconut Grove, new construction is priced between $550 per square foot and $600 per square foot.

The modern-style houses will start at 2,900 square feet and go up to 3,750 square feet. Options like three-car underground garages, elevators and rooftop decks with Jacuzzis and summer kitchens are also available on some models. The homes will be walled and gated, Light said.

The developer is said to be targeting young, growing families looking for new construction but priced out of other parts of the neighborhood and city.

Trinidad’s Metronomic Inc. will break ground on the remaining houses over the next 45 days, and deliver them within 10 months. Property records show Metronomic affiliates, controlled by Kelly Beam, own lots on Elizabeth Street, Frow Avenue and Oak Avenue. The developer paid nearly $2.1 million combined for the six properties between 2016 and now.