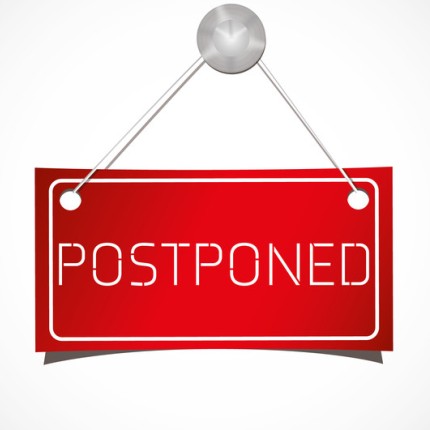 The Carrollton School’s proposal to build a new boys’ school on the Villa Woodbine property in Coconut Grove was deferred during the recent Miami City Commission virtual meeting to allow more public input on the controversial plan.

Both opponents and supporters of the envisioned Woodbine School of the Sacred Heart asked that any further decisions be delayed until they can speak in person at City Hall. Meetings are being conducted remotely until coronavirus pandemic stay-at-home orders are lifted.

“The citizens who don’t want this school to be built have a right to stand up and be heard,” said Rose Pujol, co-founder of the grass-roots Bayshore in the Grove group.

She said 300-plus emails were sent from opponents to the city requesting a deferral.

“We also need to prevent Carrollton’s leaders and lawyers from doing what they’ve been doing from Day One, which is working behind the curtain, because getting the public involved is annoying to them,” said Pujol. “And we understand the city has its hands full with more pressing COVID-19 issues.”

Carrollton is appealing the city’s Historic and Environmental Preservation Board’s rejection of its plan. Commissioner Ken Russell advocated for the delay until the matter can be discussed in person — in part to avoid legal challenges. Other planning and zoning items were also put off for future debate.

“It would be easy for someone to say, ‘My voice wasn’t heard on this decision,’ and it would allow the party to challenge a decision,” Russell said. “We have to listen to all sides. The earliest the city would debate the school’s appeal is late June.”

Ryan Bailine, one of the Greenberg Traurig lawyers representing Carrollton, declined to comment on the appeal.

Carrollton Headmaster Olen Kalkus issued a statement: “Our 60-year track record of being a good neighbor and our careful restoration of buildings on our main campus proves we can be trusted to do the right thing at Villa Woodbine while protecting the quality of life for Coconut Grove residents. We invite the community to review the facts at SupportWoodbine.org.”

Carrollton School of the Sacred Heart, a pre-K through 12th grade all-girls private Catholic school, which charges $24,750 to $36,778.50 for tuition, is located at 3745 and 3747 Main Highway. Carrollton wants to build an elementary school for 336 boys and 50 staff members on the 3.7-acre Villa Woodbine property.

The historic, oak-shaded Walter DeGarmo-designed mansion at 2167 S. Bayshore Dr. overlooks Kennedy Park and Biscayne Bay and is a popular venue for weddings and parties. Bill Hansen’s catering company, which employs 200, is based at the villa.

Rendering shows the facade of Carrollton School’s proposed new two-story elementary school for boys on the site now occupied by Villa Woodbine in Coconut Grove. The estate’s original house would be restored and used for staff offices and records storage. (RENDERING CREDIT: CARROLLTON SCHOOL OF THE SACRED HEART)

The preservation board denied Carrollton’s request for special certificates of approval and appropriateness on Dec. 3, citing concern about the removal of two thirds of the trees on the property, placement of the 9,975-square-foot pool and two decks on or near the limestone Silver Bluff, effects on the environment and alterations to Villa Woodbine, which sits inside an Environmental Preservation District and on the South Bayshore Drive Scenic Transportation Corridor.

Residents have complained that the campus buildings, 30 feet tall at their highest points, will be out of scale with surrounding homes and wreck the character of the neighborhood. Located less than 200 yards from Ransom Everglades Middle School, it would exacerbate traffic problems on Tigertail Avenue and South Bayshore Drive, they argue.

“Stop destroying our Grove, our home, our village,” 38-year-resident Chris Crystal wrote to commissioners, Mayor Francis Suarez and members of the Historic and Environmental Preservation Board. “We have enough schools for the Grove. Trees produce oxygen. Buildings do not. We have enough traffic, too much. How arrogant is it for someone to buy a property before knowing what they can build? Did they think you’ll capitulate to their desires? Or is it already a done deal? Progress doesn’t have to mean more development. Just say no. Please.”

Kalkus argues that careful historic preservation by Sacred Heart schools worldwide would make Carrollton the ideal new owner of Villa Woodbine, which might otherwise by swallowed up by condo and office development in the Grove, he said.

In January, Carrollton’s chair of the board, Frances Sevilla-Sacasa, sent a letter to the Carrollton community saying, “I am excited to announce the recent purchase of the Villa Woodbine property as the future home for the boys’ lower school.”

Russell said he needs to hear more before deciding on the school’s proposed new campus.

“I’ve met with the residents and appellants. I am holding off on making a final decision until we hear evidence in a proper setting,” Russell said. “I have told the appellants that they have hurdles to cross over, including concerns with traffic, the tree canopy and historic preservation. I take these items very seriously.”