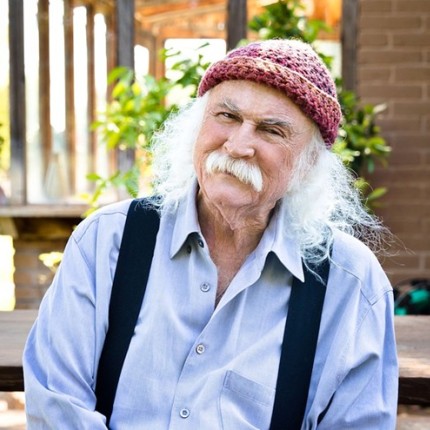 People rarely mention Coconut Grove as a historic hotbed for folk music, but according to legendary singer David Crosby, the Grove in the ’60s was right up there with New York’s Greenwich Village.

“I was living in New York when someone told me there were coffee shops down in Coconut Grove,” he says of Miami’s iconic neighborhood. “I put my clothes in a cardboard box, took that box and my guitar on a Greyhound, and stayed on Bobby Ingram’s couch. Fred Neil and Vince Martin became my mentors.”

Crosby, who later found fame as a member of the Byrds and Crosby, Stills & Nash, has fond memories of living and playing music in the Grove in those early days.

“Every night after the coffee shops closed, we’d sneak into the rental boats at Dinner Key. We’d steal a boat at 1 in the morning. That’s how we found where the sandbars were,” he tells New Times by phone.

His love affair with boats and South Florida led him to discover one of folk music’s most popular performers — Joni Mitchell — at the Gaslight in Coconut Grove.

“I was thrown out of the Byrds. I was going to buy a sailboat and sail away and quit the music business. I met Joni in a coffeehouse, and she blew me away. I was stunned. I fell for her, which was like falling into a cement mixer — very turbulent girl. I brought her to California, and that was the start.”

Crosby’s way with storytelling is evident in a new documentary, David Crosby: Remember My Name, due out this year. “You know Cameron Crowe?” he says of the filmmaker behind Almost Famous. “Almost Famous was based on him as a kid, and we were the band. He knew me since he was 15. We’ve been friends since then, so he asked me the questions in this movie. I didn’t want to do a shine job. Some of it is painful to go through. I cry, but that’s part of the deal.”