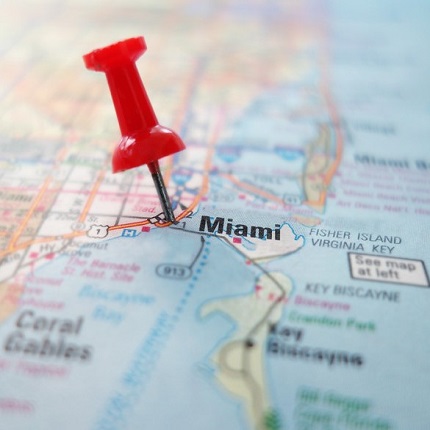 Luxury real estate specialist Katrina Campins told “Mornings with Maria” on Tuesday that Miami has become a “hot spot” for those relocating from other big cities amid the coronavirus pandemic.

Campins, who founded boutique real estate brokerage firm The Campins Company, noted that celebrities and top executives in the financial sector have been relocating to Miami since the pandemic started for several reasons, including “the policies in places like New York and California.”

She pointed out that she has also helped relocate financial firms, which are opening offices in Miami.

Campins said because of all the companies and people interested in moving to South Florida “real estate prices are increasing tremendously.”

Ivanka Trump and Jared Kushner have reportedly purchased a more than $30 million lot of land on an exclusive island community in Miami Beach called Indian Creek Island, also referred to as the “Billionaire Bunker,” according to Page Six.

The private, guarded and gated community boasts a 13-man police force for just 29 residences, according to the New York Post, which added that it is believed that the couple purchased the lot owned by Julio Iglesias to build a bayfront estate. The sale reportedly closes on Thursday.

The couple, who are currently renting Derek Jeter’s Jetersville mansion in Tampa, have reportedly made the purchase for more than $17 million.

“When the pandemic first started I actually predicted that real estate would go up and not everybody agreed with me, but there’s reasons for that,” Campins, who was a contestant on the first season of the “The Apprentice” hosted by now President Trump, said.

“People have a lot more equity in homes, people have reevaluated the importance of home space now and low interest rates are also helping the influx.”

Mortgage rates have hit new record lows this year. Data provided by mortgage buyer Freddie Mac shows that as of Dec. 10, the average for a 30-year, fixed loan is 2.71%.

“We also have very low inventory and all of that is causing real estate prices, specifically in South Florida to increase,” Campins said.

Increased demand pushes prices up for real estate amid a lack of inventory.

According to the National Association of Realtors (NAR), median single-family home prices grew year-over-year in all 181 metropolitan statistical areas tracked by the organization “due in large part to record-low mortgage rates and depleted nationwide housing inventory.”

The median home price rose to $313,000, according to data provided by NAR.

“People are buying sight unseen,” Campins said. “I’m getting calls [from] people that are very anxious because their state is closed and we’re open in South Florida.”

“People want to get kids back into school and as a result of that, the South Florida market is doing extremely well,” she continued.

According to a post-move customer survey conducted by United Van Lines, the nation’s largest household goods mover, between March and August 2020, there was a 4 percentage point uptick in actual moves to Florida from New York, New Jersey, Connecticut and Massachusetts, collectively, compared with last year.

United Van Lines previously told FOX Business that Florida was a top destination for people fleeing the Northeast, with moving interest to Florida from New York City up 10% year over year as of September.

As previously reported by FOX Business, moving companies have described an “insane” uptick in moves out of Manhattan.