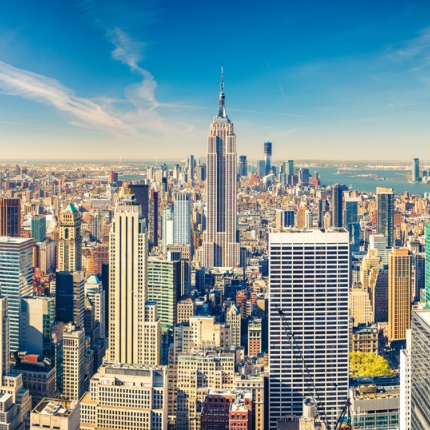 New York City, the metropolitan area hardest hit by the domestic coronavirus outbreak, is losing residents at an unprecedented clip, according to local moving companies.

Roadway Moving President Ross Sapir, for example, told FOX Business that people are moving out of Manhattan in numbers he has “never seen before,” as his company deals with its busiest season since its 2008 inception.

“It’s insane … I’ve never seen such growth,” Sapir said. “[Business is] double or triple compared to any other season as far as moving out of the city.”

On some days, Roadway experiences a 200 percent increase in leaving inquiries. Its clientele consists largely of higher net-worth individuals, typically 25-year-old to 45-year-old professionals in well-to-do parts of Manhattan.

United Van Lines CEO Marc Rogers told FOX Business that the majority of residents moving out of Manhattan, 61 percent, are earning over $100,000. And those moving out also tend to be older – 64 percent are aged 55 or over – or in the 25 to 40 age range (25 percent).

“New York City is up very dramatically for May in … these leads for interest in moving,” Rogers said.

The New York market has seen a 40 percent uptick in interest for move-outs when compared with last year, according to data provided to FOX Business by United Van Lines. Those numbers far outpace national trends, which show an average increase of 8 percent during the same time period.

New York City moving company Oz Moving told FOX Business that while its overall workload decreased by 46 percent from March to April, moves out of New York City rose 12 percent between March and May. Meanwhile, moves within New York City were down 47 percent in April when compared with last year.

Consistent with the national data, Sapir said he has not seen activity anywhere near New York City levels in any of the other markets that his company serves across the country.

The bad news for the Big Apple is that 2020’s busiest season has likely not even arrived yet.

Initially, panic drove people out of Manhattan, as coronavirus cases surged. Sapir said he fielded frantic calls from people who were requesting next-day service. However, now he is working with clients who have a more thought-through plan – whom he doesn’t see returning to the city, especially if schools do not reopen.

United Van Lines says large moving companies are sitting on thousands of initiatives in queue, predicting the “busy season” this year will occur between July and September, rather than the traditional May through July. Rogers said there is a lot of “pent-up demand.”

WHERE ARE PEOPLE HEADED

A large proportion of Roadway’s clients are leaving Manhattan for Florida, or other areas in the South.

Data from United Van Lines corroborated those trends. The top destination that New York City residents were showing moving interest in was Miami, while Tampa and Orlando also made the top 10 – as did Atlanta, Charlotte and Raleigh-Durham.

It’s not only one-off moves, however. At Roadway, storage is up 900 percent when compared with the same period last year. Sapir said these people seem to be unsure of their long-term plans and might be trying out a new location to see how the situation plays out in Manhattan over the next year or so.

Local lawmakers said the city will begin to reopen in June.

When asked last week whether he had tabled plans to raise taxes on the wealthy over fears of driving them from the city at a time when tax revenues have plummeted, New York City Mayor Bill de Blasio said the coronavirus pandemic has brought up a number of disparities, including class disparities.

“The rich keep getting richer even in the midst of this crisis,” de Blasio said. “So, I absolutely believe this is a fair time to talk about higher taxes on the wealthy.”

New York Gov. Andrew Cuomo is asking lawmakers to lift a $10,000 cap on state and local tax deductions, as a means to help residents and potentially prevent high-net-worth individuals from leaving for lower-tax states.