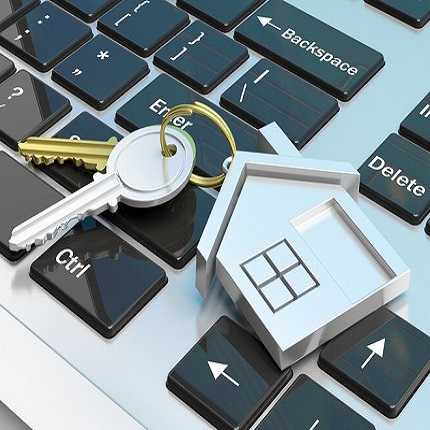 In March, Lester and Janet Knispel paid $1.55 million for a white-columned house on the second fairway at Isleworth Golf & Country Club in Windermere, Fla. Now their televisions are mounted on the walls and their Porsche is parked in the garage.

But the Knispels have never set foot in their newly acquired property.

The Knispels are California residents who plan to use the home as an investment and for occasional trips to nearby Disney World. But they didn’t want to risk flying to Florida during the coronavirus pandemic, so they closed on the purchase virtually, without ever seeing the five-bedroom house in person.

“I never thought I’d buy something like this, sight unseen,” said Mr. Knispel, a celebrity business manager. But thanks to “a million pictures” and videos sent by their real-estate agent, Tiffany Pantozzi of Compass, “I feel like we know the house inside and out.”

After the closing, they shipped the car and furniture from one of their other homes. But they don’t know when they will be able to travel to Orlando.

“When they finally get to see the house,” Mr. Knispel said, “we’re going to love it. I have no doubt about that.”

In the U.S., it has long been conventional wisdom that home buyers want to walk through a home at least once and sometimes multiple times before closing. Buying a house is the largest investment of most people’s lives, the reasoning goes, and many people don’t think photos and video adequately capture details of the home and surrounding neighborhood.

But this is starting to change as more buyers purchase homes based solely on photos, video and FaceTime. Particularly in hot markets with low inventory, agents said, buyers who put their plans on hold at the beginning of the crisis are now moving forward, even if that means trusting a virtual tour to help them make a major decision.

“The urgency has gotten so strong that people are willing to take a leap,” said Stephanie Anton, president of the real-estate brokerage network Luxury Portfolio International.

She says this is due in part to technology like FaceTime, Zoom and Matterport, a 3-D platform for virtual tours.

“Agents had the tools to go virtual, but they weren’t doing it,” Anton said. “But now you have to. We’ve had more adoption of technology in the last three weeks than we’ve had in three years.”

Last year, only 3.5% of buyers in the U.S. purchased a home without viewing it, according to the National Association of Realtors’ 2019 Profile of Home Buyers and Sellers. But last month, a survey of NAR members found that 31% of agents who worked with buyers the week of April 23 had at least one purchaser put in a contract without physically seeing the home.

Industry experts predict the trend will have staying power even after the crisis, now that more agents and buyers have embraced the technology required to conduct sales virtually.

“We’re on the precipice of the transition to people buying virtually en masse, instead of just a handful of clients,” said Washington state real-estate agent Paige Schulte.

At the under-construction condo 57 Ocean in Miami Beach, the sales team recently mailed a pair of virtual reality goggles to a buyer to help seal the deal, said sales director Nirka Burns Padilla. The buyer, who lives in San Francisco, was unable to travel to Miami due to the pandemic, and had never visited the site or its sales office.

“With those goggles, it feels like he’s walking into the building,” Ms. Burns said.

When Ms. Schulte started working with Rob and Carolyn Ostrin a few months ago, one of the first things she did was ask them to download the Marco Polo video-messaging app. Ms. Schulte said she likes Marco Polo for virtual home walk-throughs with clients because the app allows recorded videos to be shared privately and easily between multiple people.

“I never knew what Marco Polo was,” said Mr. Ostrin, 68, a semiretired attorney.

The Ostrins live in California, but are anxious to relocate to the Seattle suburb of Gig Harbor, where their daughter and five grandchildren live.

The Gig Harbor market is tight, said Ms. Schulte. After looking for a ranch-style home for months, the Ostrins were getting frustrated by the lack of available properties. By the time coronavirus hit, they’d been outbid on one house and had another deal fall through during inspection. So when a three-bedroom ranch came on the market just 4 miles from their daughter’s house, they pounced.

Just hours after the house came on the market, Ms. Schulte did a virtual walk-through for the Ostrins on Marco Polo. They could see that the house, asking $575,000, appeared well-maintained.

“Exactly what we were looking for,” Mr. Ostrin said.

They put in an offer of $585,000 the same day and it was accepted. After completing the inspection, they plan to close in a few weeks.

“It’s obviously preferable if you can be there in person to see the property. Visually, you might see some detail that someone else misses,” said Mr. Ostrin. “But if not, it’s certainly not a deal breaker.”

Ms. Pantozzi, the Knispels’ real-estate agent, said she uses a DJI Osmo Pocket stabilized hand-held camera to film house tours for clients. Walking through the house, she said she makes sure to capture every corner of every room. Then she uploads the videos—which can be up to 30 minutes long—to a private YouTube channel for her clients, where they can “pause, rewind and re-watch,” at their leisure. Mr. Knispel said that is exactly what he and his wife have done.

“We’ve looked at the video a thousand times,”Mr. Knispel said. “I know every room, every wall.”

Buying a home sight-unseen isn’t recommended for first-time buyers, agents said; the process goes much more smoothly if the purchasers, like the Knispels, are experienced home buyers.

“It also helps if the buyers are already familiar with the neighborhood they are purchasing in,” said Manhattan real-estate agent Kathy Sloane of Brown Harris Stevens. “For a buyer who doesn’t know which neighborhood they want to live in, it’s much harder.”

A few weeks ago, Ms. Sloane helped Nashville residents Barry and Sherri Stowe find a Manhattan studio apartment without seeing it, or even doing a virtual tour. The Stowes had previously lived in New York City and their daughter is a freshman at NYU Tisch School of the Arts, so they decided to buy a small Manhattan pied-à-terre. They wanted to secure the apartment in time for their daughter to live there next school year.

They found a studio in a full-service co-op listed for $750,000. Their hopes of doing a virtual tour were dashed when the co-op wouldn’t allow anyone inside the vacant apartment except the owner, who lives on the West Coast. Still, they decided to proceed, negotiated down the asking price, and expect to sign a contract this week. They are hoping to own the apartment—and visit it for the first time—by June.

“We’re very keen to get up there and have a look,” Mr. Stowe said, adding, “It’ll be like opening a Christmas present—we hope it’s what we asked for!”