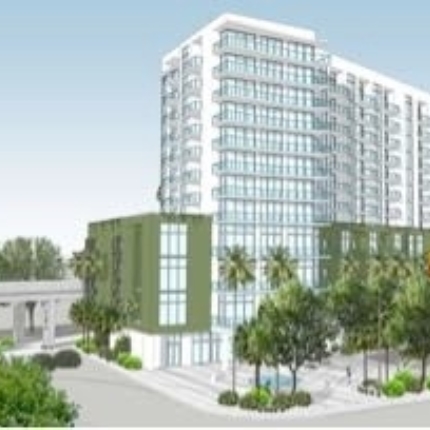 Sanchez-Medina, Gonzalez, Quesada, Lage, Gomez & Machado closed a $26.7 million loan for an apartment project being built with an eye toward easing traffic woes for its residents.

Casa Grove will give renters access to alternative transportation. It’s a short walk from the Coconut Grove Metrorail station and along the path of the Underline, the 10-mile linear park and bicycle path.

SMGQ Law partner Roland Sanchez-Medina Jr. and associate Michael A. Montiel represented the developers in obtaining the construction loan from Israel’s Bank Hapoalim B.M. in a deal that closed Dec. 12.

Shutts & Bowen partner C. Richard Morgan represented the lender, and Blake Janover of Multifamily.loans was the broker for the borrower, according to SMGQ.

MEC Development Associates and B Developments LLC are combining on Casa Grove at 2900 and 2940 SW 28th Lane.

“They want to make the residents be able to cross the street and (use the Metrorail) get to downtown Miami, Brickell, Miami International Airport, the Health District and the University of Miami in record timing, avoiding some of the congestion and traffic that has become all too common in South Florida,” Sanchez-Medina said .

Closing the loan wasn’t smooth sailing since construction lending has slowed and South Florida lenders want to limit their risks, he added.

The lender was an out-of-towner, which posed other challenges, Montiel said.

Bank Hapoalim is based in Tel Aviv and has a New York office.

Casa Grove construction starts this month and is set to finish in summer 2019. It will be a 12-story luxury project with 130 units, more than 12,000 square feet of commercial space, two office areas and an amenity deck on the fifth floor.

Apartments will range from 635-square-foot studios to four-bedroom, four-bathroom units at more than 1,400 square feet.

Once Casa Grove and the Underline are finished, there will be a walkway connecting the two.