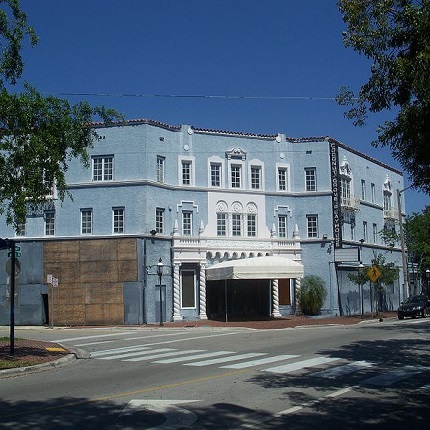 At a Coconut Grove town hall meeting, Miami Commissioner Ken Russell and US Rep. Donna Shalala made slight mention of the now-closed Coconut Grove Playhouse, though the congresswoman said she would consider how she could weigh in on the future of the historic venue.

She would be the second member of Congress to play a part in the ongoing struggle over the playhouse. Rep. Frederica Wilson, Bahamian Heritage Initiative honorary chair, has had input in the playhouse, having asked the city commission back in April to defer a decision on its future so she could research the issue further. Bahamians played a part in the construction of the building.

“I’ve been watching this pretty carefully,” Ms. Shalala said at last week’s meeting. “I will definitely talk to Frederica and I have not had a chance to talk to Ken, but I did indicate to him that I had some interest in solving this because it was a beautiful facility. And for the sake of the Grove and for the cultural tradition, we need to do something.”

The playhouse, which was built in 1926 and has been closed since 2006, has been in limbo after Mayor Francis Suarez’s veto back in May halted the county’s plan to restore the front of the theater, demolish the larger auditorium and build a new 300-seat theater to be operated by Joseph Adler of GableStage.

Opponents of the county’s plan, including Mr. Russell and Commissioner Keon Hardemon, have pushed to restore the entire structure, including the 1,000-seat auditorium. In a letter to justify his veto, Mr. Suarez said the city must uphold the historic perseveration requirements of the community and the county’s proposal would jeopardize the National Register of Historic Places designation for the Coconut Grove Playhouse.

The state-owned theater is leased to the county and Florida International University. The county has taken the city to court on Mr. Suarez’s veto.

Also during the meeting held at city hall, Ms. Shalala and Mr. Russell both addressed gentrification in the West Grove, showing concern with zoning laws that have gone unenforced. When asked why he was not as present in the West Grove and what he would change if reelected, Mr. Russell spoke about being present more in the future and establishing a community redevelopment agency for the West Grove.

“If there’s any place we owe a debt, it’s to West Grove where this entire city was founded,” Mr. Russell said. “A part of the city that had a wall around it at one point, where they said ‘we need the people to do the work but we didn’t need the land.’ And these days, speculative development says, ‘we want the land but we don’t want the people’ and to me, that is absolutely wrong, and that’s someplace that government needs to step in and be involved.”

Mr. Russell, along with city staff, spoke of various improvement projects in the Grove, the city’s scooter pilot program and more.

During her speaking time, Ms. Shalala focused on national topics, including tackling climate change, expanding health care and immigration. She did not say if she would support an impeachment inquiry against the president but said she favors the ongoing House Judiciary Committee’s investigations.