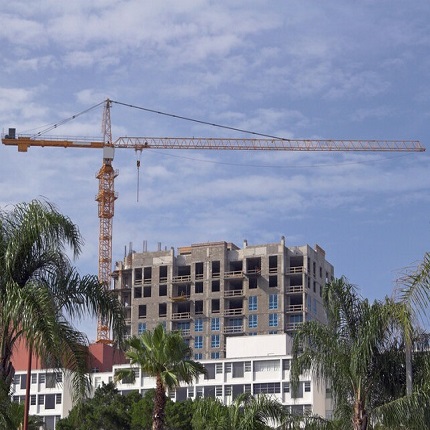 The towering construction cranes that once peppered South Florida skylines have been mostly absent the past few years.

But they’re about to come back – and in full force. Yet, this latest condominium boom will be different than prior building cycles.

Unlike past condo booms sparked by foreign investors, wealthy domestic buyers – many of them new residents from out of state – are the driving force fueling the current luxury condo market. Foreign investors are still part of the mix, though, with condos built for home-sharing now their preferred option, industry insiders say.

It’s a welcome housing trend, following the dip in condo sales that came with the strengthening of the U.S. dollar and the construction slowdown wrought by Covid-19. So, the timing couldn’t be better for a robust condo construction cycle to help boost cities’ tax rolls and generate plenty of work for architects and construction companies.

People from the Northeast and West Coast continue to relocate to South Florida, which will result in affluent year-round residents spending big in the region. Meanwhile, investor-owned condos used for home-sharing should attract more tourist dollars.

“One of the major differences in this cycle is it’s coming on the heels of businesses moving here,” said Nicholas Pérez, VP of Miami-based Related Group, which is launching sales on about 2,500 South Florida condo units over the next 12 months. “During the last cycle, we didn’t have companies like Goldman Sachs and Blackstone coming here. With those new employees coming down, it’s all coming together.”

David Arditi, a founding partner of Miami-based Aria Development, was surprised at how robust demand has been compared to previous condo cycles. He started taking reservations for the 448-unit 501 First in downtown Miami in May. The project was fully reserved by August and ready to go to contracts. That sales pace was about four times as fast as Aria Development’s YotelPad Miami, which launched sales in 2018 and should be completed in late 2021, he said. Both projects allow short-term rentals.

“If you create the right product that is in line with buyers’ expectations, there’s a lot of strong interest,” Arditi said. “And there’s higher domestic interest than in the past from the Northeast and the West Coast.”

Many people who previously lived overseas are now domestic residents and remain a major source of condo transactions, said Vanessa Grout, CEO of real estate for Oko Group in Miami, where she helped generate $195 million in preconstruction deals at Missoni Baia in Edgewater and Una Residences in Brickell in the past year. Oko’s 23-unit Aman Hotel & Residences in Miami Beach sold out this year without even launching a marketing campaign. Grout hasn’t witnessed sales volume this strong in years.

“The South Florida condo cycle from 2002 to 2007 produced about 59,000 units, which was far too robust and led to a market meltdown,” said Craig Studnicky, principal of Miami-based brokerage ISG World. “Much of that activity was supported by risky loans and speculation. The condo cycle that started in 2012 created about 19,000 units, mostly with 50% deposits and foreign buyers. Only 4.5% of those units remain to be sold, mostly thanks to domestic buyers picking up the pace after Latin American buyers largely backed off.”

Only 2,505 condo units are currently under construction in coastal South Florida, according to ISG World. Studnicky expects that number to rise.

“Some developers are waiting for condo prices on the resale market to increase before launching projects, because they don’t want new condos to compete with less expensive ones in relatively new buildings,” Studnicky said.

As the resale inventory declines and prices increase, more of those developers will move forward on new projects.

“If the demand from domestic buyers maintains itself, then we don’t need 11 new buildings; we need 111 new buildings,” Studnicky said. “We have hit a serious wall with a lack of condo inventory.”

The majority of new condos proposed in South Florida over the past year have been luxury with fairly large units or smaller units with friendly policies on short-term rentals.

“The Related Group is working on both types. Baccarat Residences in Miami, which is all about luxury and larger units, has over 50% reservations after 60 days,” Related President Jon Paul Pérez said.

Buyers are evenly split between the domestic market and Latin America, a big difference from the last cycle, when 90% of buyers in its Miami projects hailed from Latin America.

In downtown Miami, Related’s District 225 has smaller units starting at $350,000 and it’s working with Airbnb to facilitate short-term rentals for buyers.

“The majority of buyers are investors.” Pérez said. “Locations popular with tourists, such as Wynwood and Miami’s urban core, are great for short-term rentals. Beachfront locations are often better for luxury condos that appeal to wealthy buyers, as development costs result in price points too costly for many investors.”

Buyers from the West Coast have shown up in stronger numbers than usual for the beachfront Selene Oceanfront Residences in Fort Lauderdale and most of Kolter Urban’s Florida condos this year, said Ed Jahn, senior VP of the Delray Beach-based developer. After launching sales for Selene in April, it has reserved 100 of its 196 units. Larger ones priced from $800,000 to $1.2 million are most in demand.

“Before, we might have seen one or two people a year from those states, and they would be second homeowners,” Jahn said. “Now, they are moving their primary residence here, and that’s a major shift.”

Yet, there’s strong demand for condo units in downtown locations priced from $350,000 to $750,000, said Peggy Olin, CEO of OneWorld Properties, because it’s the price range that appeals to foreign investors and a lot of working professionals who are moving here. Permission for short-term rentals provides flexibility to generate more money, she added.

“It’s about the dollar value of the unit, not the price per square foot,” Olin said. “As long as you offer them a living solution with a nice two-bedroom unit that is efficient and at a great location, they will buy it.”

Another major pool of buyers are local empty-nesters aiming to sell large homes to live in large condo units, said Carlos Melo, co-principal of Miami-based Melo Group. After launching sales in June for the 391-unit first tower of Aria Reserve in Edgewater, 30% are currently reserved.

Unlike the last cycle, when the Related Group required 50% deposits for nearly all its projects, it now typically asks for 40% deposits. The early 2000s model of about 20% down isn’t making a comeback. But Melo Group will take 30% deposits from domestic buyers.

“We believe the banks will see these are real buyers, and that 30% is enough,” co-principal Martin Melo said.

Not Much For Working-Class Buyers

While the median sales price for condos in South Florida is in the mid-$200,000s, most new units won’t be priced anywhere near that. So, working-class residents hoping for a new condo in their price range will be disappointed.

ISG World’s Studnicky said condos built from 2012 to 2020 in Brickell averaged $620 a square feet, but new buildings average $1,000 a square foot. Additionally, the average price per square foot in downtown Miami jumped to $1,200 from $800.

“Pricing north of $1,000 per square foot a few blocks west of Biscayne Boulevard is a pipe dream,” said Peter Zalewski, principal of Miami-based Condo Vultures. “If you take the condo collapse in Surfside off the table, I don’t think the market can support the amount of new towers and prices. But … no one knows what government and insurance companies will do with older buildings.”

Since the collapse of the Champlain Towers South condo in June, some buyers have shied away from units in older buildings, but new buildings may be out of their price range.

Building new condos priced in the $200,000s is challenging because of the high costs of buying land and construction, Related’s Jon Paul Pérez said. However, the company’s Related Urban division, which focuses on affordable housing, might build some for-sale units at workforce-level prices on land it controls, he added. Related Urban has land leases with several local governments for mixed-income housing projects.

Most of the traditional hot spots for condo development – such as Brickell, downtown Miami and Miami Beach –are once again attracting new projects, but some new neighborhoods are now in play.

Coconut Grove is ripe for more condo development, said Ugo Colombo, CEO of Miami-based CMC Group. The neighborhood has great schools and an attractive lifestyle, so it’s perfect for a luxury project with larger units. Colombo has a similar strategy with Onda Residences in Bay Harbor Islands, which he’s developing with Morabito Properties.

“I don’t think you will see a crazy amount of condo construction,” Colombo said. “Financing is not as easy as it used to be. Banks are more conservative with their requirements. There’s not the driver of 50% deposits from Latin American buyers.”

The West Palm Beach area has strong demand for new condos, said Chris Leavitt, executive director of luxury sales at Douglas Elliman, who helped sell out the Bristol Palm Beach at record prices and has nearly sold all units at La Clara. With no condo construction in the town of Palm Beach, having a condo just over the bridge in West Palm Beach is highly desirable.

“The influx of financial services firms opening offices in West Palm Beach will create demand for downtown condos,” Leavitt said. “There’s a real need for luxury towers with lots of amenities that aren’t at waterfront prices. West Palm Beach is in the infancy of a boom.”

Zalewski expects plenty of activity in Broward County, stemming from terminations and redevelopments of older coastal buildings in Hallandale Beach and Hollywood in the wake of the collapse in Surfside.

In addition to its Miami projects, the Related Group has the Solimar condo under construction in Pompano Beach, with a second condo in the works nearby, and it’s preparing plans for oceanfront condos in Hillsboro Beach and near Currie Park on Flagler Drive in West Palm Beach, Jon Paul Pérez said.

“The demand for condos is very strong, and we set ourselves in a position to take advantage of this new cycle,” Pérez said.