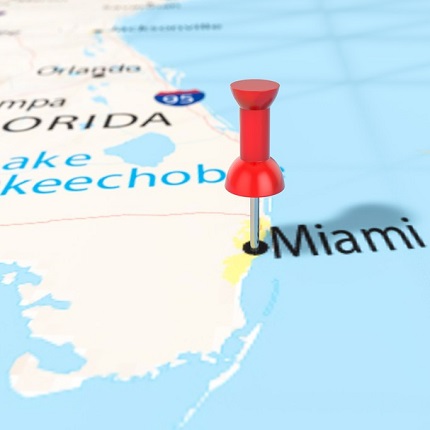 The landscape of international buyers looking to purchase homes in Miami is shifting.

Colombia, India and Venezuela topped the list of foreign countries searching for residential properties on MiamiRealtors.com in 2018, according to the Miami Association of Realtors. The list tracks web searches using the association’s portal.

Colombian users represented nearly 12 percent of foreign searches for Miami homes last year, followed by users from India with nearly 9 percent, and Venezuelans with about 8 percent. Canada followed with 6 percent of all international searches.

While Colombians were hunting for Miami homes the most, Brazilians outspent them in 2018. Brazil ranked as the top country buying South Florida homes in 2018, according to the association.

Unsurprisingly, Miami was top of mind for New Yorkers last year. Potential buyers from the state of New York registered the most web searches of any state on the association’s website in 2018, at 18 percent. South Florida has seen an increase in buyers from high-tax states like New York in large part thanks to the December 2017 federal tax overhaul, which limited the ability of taxpayers to deduct state and local taxes from their income.

After New York, potential buyers from Texas represented 11 percent of web searches, followed by California with nearly 11 percent, Georgia with 7.8 percent and North Carolina with 7.5 percent.

South Florida was also the most searched market in the U.S. by foreign buyers, as is usually the case.