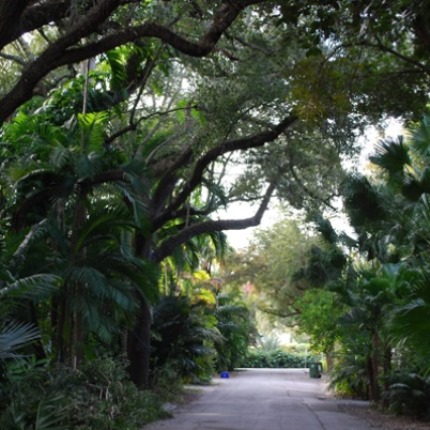 While much of Miami and Miami-Dade County can be thought of as new — or relatively new — Coconut Grove is not. It’s one of the oldest, if not the oldest permanent settlement in Miami-Dade, getting its start in the late 1800’s before being annexed by the City of Miami in 1925. And now, more than a century after residents began calling Coconut Grove home, the jungly waterfront enclave is entering its next era as a luxury real estate, retail and cultural hub.

To some extent, the Grove has already seen luxury real estate and restaurant, retail and nightlife hot spots. But a confluence of new developments either set to open or underway, in addition to a high-concentration of local restaurants and the turnover of legacy retail projects to new investors sets the stage for the Grove’s next incarnation.

Miami-based Terra Group is one developer that’s changing the landscape of Coconut Grove. Terra is responsible for the two twisting towers of the Grove at Grand Bay project, which is ready for residents to move in. The Grove at Grand Bay sits on the former Grand Bay Hotel site, a former icon of Grove’s past.

The twisting twins are just down Bayshore Drive from another Terra project, the Park Grove complex which the developer is producing along with the Related Group. The Park Grove condominium project is currently under construction and when complete, will add three high-rises to Coconut Grove’s waterfront.

In terms of restaurants, a local outpost of Harry’s Pizzeria from chef/owner Michael Schwartz opened in the Grove, as did the new seafood concept the Spillover from local restaurateur Matt Kuscher.

Development is also picking up near Coconut Grove’s gateways. A joint venture between three developers aims to build the Cassa Grove apartment building about a block from the Coconut Grove Metrorail station, and a major mixed-used project near the Douglas Road Metrorail station could be on its way.

Park of the Grove’s appeal is its jungly environment and beautiful architecture, nearby attractions like the Vizcaya Museum & Gardens, the Barnacle Historic State Park and the Kampong National Tropical Botanical Garden play off of the landscape and architecture.

Coconut Grove also has a history as a Bahamanian enclave, and recent efforts have sought to highlight the neighborhood’s diversity. Last year was the opening of the Coconut Grove Village West Visitor Center and the Kroma Gallery.

These are just some of the variety of projects and renovations coming to Coconut Grove. It’s safe to say that in a couple years, the area that Grovites know and love will have a few new neighbors.