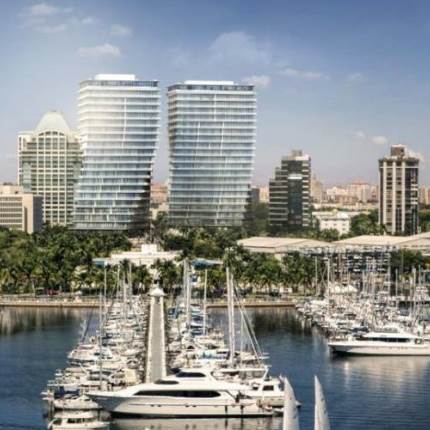 As Miami’s primordial neighborhood, Coconut Grove evokes passion and pride among its residents past and current. Long considered Miami’s dormant market, the Grove has most recently come alive with vast opportunity driven by the demand of both residential and rental sales that includes new plans, preconstruction deals and surging prices.

The Grove’s vast green canopy is a shield that has preserved the neighborhood as the area’s longstanding enclave. Nestled in the heart of Miami, Coconut Grove upholds the true character of luxury living.

I think that the $30,000, five-bedroom luxury rental is not an anomaly but part of a growing trend of exclusive properties available for rent in the area. For $27,000 a month, you can lease a five-bedroom,

For comparison, in the past five years, there has only been one residence available for rent at $20,000 a month — a listing at Residences at Vizcaya last year. The next highest-priced rental was the $16,600-monthly Grovenor House residence on the market from 2012 to 2013.

The new construction developments in the Grove also have seen tremendous interest from residents of the South of Fifth neighborhood in Miami Beach looking to relocate to more a community-oriented area. The luxury rental market is also grabbing the interest of the Mexican and Venezuelan buyers.

Aside from its livability and demand for upgraded residences and expansive floor plans, families are looking to relocate to the area because of the top-notch schools in the area. Ransom Everglades School and Carrollton School of the Sacred Heart offer Coconut Grove families some of the top private school education in South Florida. The Grove’s proximity to the University of Miami is also a contributing factor to residents looking for a high quality of life.

Developers have taken notice of this market as they race to meet the demands of their wealthy buyers and tenants. Wealthy individuals and families looking to rent in the Grove know exactly what they are looking for in a living space. They’re accustomed to amenities currently only seen in ultra-luxurious residences. Buyers looking to rent in the Grove are also looking for far-beyond-standard luxury amenities.

Full-time concierge service, multiple pools, multiple rooftop pools and decks, as well as full-service spas are becoming basics in luxury living. Privacy is key; therefore, private elevators and private parking are also high on the list of amenities. And properties such as Grove at Grand Bay includes multi-activity amenities such as a children’s playground, a library, a pet spa and an on-site art gallery — amenities that not only increase livability but are hard to come by in any other market.

Coconut Grove has had its glory days before, of course; from its beginnings in the 1880s to the much-anticipated opening of CocoWalk in the ’90s, the Grove has reinvented itself many times.

And although new residential projects such as Grove at Grand Bay, Park Grove and The Fairchild are adding value to Miami’s oldest neighborhood, the Grove is no stranger to high-end luxury: The new kids on the block join a collection of long-standing luxury properties, such as The Ritz-Carlton, Grove Hill Tower Condo and the Residences at Vizcaya, that have a long history of housing South Florida’s elite.

The Grove also has always been one of Miami’s most lush, walkable neighborhoods. That’s a feature that has continuously attracted business. But still, the area’s retail businesses and eateries have largely failed to retain a customer base, whether it be local residents or new patrons.

I’m seeing signs of change, however. Among them: The partnership be tween Michael Comras, Grass River Property and the Federal Realty Investment Trust to purchase CocoWalk and adapt it to the changing market — possibly converting some of it to office space and luring high-end tenants — has caught interest among an elite group of buyers looking for high-end luxury.

I believe it’s fair to say that one of Miami’s oldest neighborhoods — a sleeping giant, if you will — is about to re-awaken.