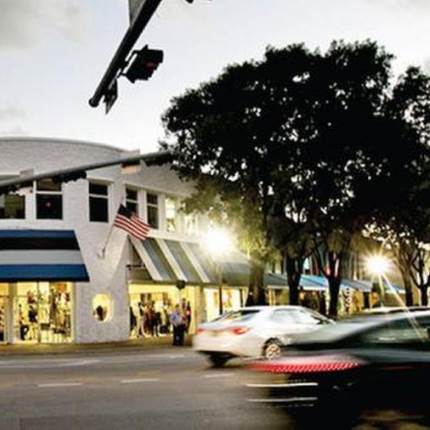 As part of the redevelopment of Coconut Grove, the newly renovated Engle Building has lined up a roster of well-known local tenants, with more leases in the works.

Arquitectonica has re-designed the building. Bernardo Fort-Brescia, a founding principal of Arquitectonica and a partner in Main Highway Partners, said the family has purchased the entire block that runs from St. Stephens Episcopal Day School to the Fuller Street alley. Other family members include his sons Raymond Fort, a designer at Arquitectonica, and Harold Fort, a landscape architect at Arquitectonica GEO.

“This block has always been the heart of the neighborhood where my kids grew up and where our office was founded,” said Fort-Brescia, a longtime resident of Coconut Grove. “If there is a corner of the Grove that defines it, it is this one.”

His goal, he said, was to renovate the building “in some organic way,” with a new facade, awnings and coat of paint, and bring in a mix of local businesses in keeping with the artistic fabric of the community.

Büro Group, which operates upscale coworking spaces, will occupy the entire second floor of the building, said Michael Feinstein, founder and chief executive of Miami-based Büro Group. With 11,000 square feet, Büro’s new location will have space for 100 companies, he said.  Büro already operates in Midtown Miami and Miami Beach, and plans to open in Miami’s MiMo District by this summer.

“We’re incredibly excited to be opening our fourth location, in Coconut Grove,” Feinstein said. “Our landlord, the Fort family, has great vision, and they are contributing to the re-emergence of the Grove as a hub of creativity and entreprenurial activity.”

Harry’s Pizzeria will occupy 1,800 square feet in the Engle building and Panther Coffee will have a 1,200 square-foot space. In addition, Clyde Butcher, the Southwest Florida photographer and author known for his wilderness photography of the Florida landscape, is opening his first gallery in Miami in the building. The 600-square-foot, high-ceilinged  gallery, designed by  Arquitectonica, will be able to accommodate large pieces, as well as small close-up photos. His work epitomizes Florida, Fort-Brescia said. Several other tenants are currently in lease negotiations, he said, including a bookstore, a seafood bar, a children’s store, a bakery and an organic juice bar.

Said Fort-Brescia: “We’re trying to create a real cultural hub in that corner.”