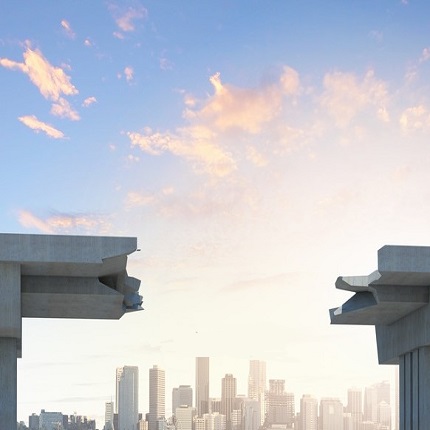 Along Grand Avenue in Coconut Grove, boarded-up, vacated apartments sit side by side as they wait for demolition.

Nearby, along Oak Avenue, new construction juxtaposes the homes that are common in the area.

Some of the original structures, known as shotgun homes, pale in comparison to the size and design style of the homes that are built in their stead.

“New construction is happening immediately next to my home and is creating issues,” saysMelanie Jenkins, a lifelong Grove resident who lives on Oak Avenue. “The work crew constantly leaves trash and debris around. I have to tell them to come and clean up my yard.”

In addition, night-time construction has been planned for the property next to her home, reads a letter she recently received from Metronomic Real Estate Development. The letter informs her that the noise will be “kept to a minimum” and that the night-time construction will last some four to six weeks. Jenkins has tried multiple times to voice her concerns to the developers, but has received no answers.

“I have been dealing with this for two years,” Jenkins said.

The Housing and Community Development Task Force has been advocating for the needs of the Grove’s Black residents who have been suffering from the effects of the constant construction in the neighborhood, as well as displacement propelled by unfettered development. The task force, comprised of the Coconut Grove Homeowners and Tenants Association and the Coconut Grove Ministerial Alliance, wants the city of Miami to review its compliance with the Fair Housing Act along with other remedial actions.

The problem goes back more than a decade, says advocates, because the city has under-enforced Coconut Grove’s Neighborhood Conservation Districts codes to the detriment of the Grove’s Black population. Residents of Village West have been dealing with high rents, rising property taxes, as well as evictions and demolition of their rentals, directly attributable to the current zoning laws. Developers have been allowed to demolish and up-zoning lots that used to hold small cottages, which has accelerated gentrification and displaced many Black residents. And some believe that such practices are in direct violation of the Fair Housing Act.

The construction boom came to a head last month when Miami Commissioner Ken Russell sponsored a change to the area’s building code. Russell wants to reduce the buildable square feet on residential lots and define the height for single-family homes. The proposed changes to the ordinance seeks to tighten construction codes to prevent up-zoning and overdevelopment of the neighborhood.

The suggested changes seemingly will further divide the early settlers of Coconut Grove and the new landowners who want to maximize their building capacity. However, the code as it currently stands, said a University of Miami law professor, violates the tenets of the federal Fair Housing Act.

Anthony Alfieri is a member of the task force that is advocating for the city to correct and enforce the Grove’s building codes. The University of Miami law professor and director of the school’s Center for Ethics & Public Service said the current code is displacing the Grove’s Black residents, thus segregating the area.

“By displacing and resegregating Black tenants in Coconut Grove and elsewhere, the city’s zoning and demolition policies are causing a significant disproportionate impact and segregative effect on predominantly Black neighborhoods,” Alfieri said. “Black tenants are getting evicted and their apartment buildings are getting demolished.”

Some landowners are up-zoning to allow for the construction of condominiums and large residential and commercial projects.

“That is not happening to white renters at the same rate or with the same adverse effect,” Alfieri said.

The Fair Housing Acts protects minorities homeowners and renters from direct discrimination, as well as unintended effects from building policies in place.

The standards were put in place to encourage architectural diversity and preserve the heritage and history of Village West, a historically Black community, along with many other construction guidelines.

Russell’s suggested change met with resistance from some property owners and received little support from city commissioners at the Jan. 24 commission meeting. Opposers of the ordinance, mostly those residents living outside of the West Grove, believe that zoning limitations will hurt property values.

Owners who want to make changes to their homes fear that the proposed changes to the current zoning laws will strip them of property rights and diminish the value of their homes. These residents believe they have the discretion to design, build, remodel and renovate their homes and properties as they see fit.

Charles Treister, a developer and architect by trade and life long Grove resident, believes a decrease in allowable buildable square footage, which new ordinance seeks to reduce, hurts those residents that want to make remodel and renovate their homes.

“I think it is too restrictive,” Treister said. “I don’t think it is fair for [the city] to force everybody to live in a small house and to prevent somebody to add on to their house.”

The problem is that the current zoning laws allow accelerated displacement of residents who cannot keep up with the fast growth happening in the Grove. Many of affected residents are Black. One of the reasons that construction has run amok is that developers have been able to bypass building guidelines to fit their client’s needs.

“The code that we have is broken,” said Russell, who represents District 2, at a town hall meeting on Jan. 30. “It has loopholes in it and it has been around long enough that any lawyer can figure out what they need for their client.”

Russell along with the Planning, Zoning and Appeals Board are working together to update the current building codes with new regulations, standards and guidelines. But task force member Carolyn Donaldson wants the city to put a halt on development in Coconut Grove.

“We were requesting that the city put a moratorium on development until they can take a close look into how developers have been able to get around the NCD codes,” Donaldson said. “The new development happening in the Grove has displaced a lot of the Black residents, torn down buildings, and rebuilt structures that do not maintain any of the historical look and Bahamian heritage of the West Grove. It is basically wiping out the history of people. A moratorium could not be possible from a legal standpoint. The current code is not illegal, so we don’t have the right to impose a moratorium.”

As the Grove continues to integrate new residents and businesses, many of the Black residents cannot keep up with the rising cost of living, which include high rents and rising property taxes.

“The residents are being forced to move to other hyper-segregated areas of Miami-Dade County, such as Perrine, Goulds or Richmond Heights,” said Alfieri.

“I don’t think there is a violation of the Fair Housing Act because it is the existing code,” said Russell of the current building codes. “But it is certainly accelerating gentrification and displacement. Unfortunately it is displacement by market forces.”

“Market forces do not violate the Fair Housing Act but cities and developers do, Alfieri said. “Fundamentally, the purpose of the Fair Housing Act is to promote residential and interracial association. By displacing and re-segregating Black tenants, the city is violating that important purpose.”

The commissioners will take up the issue again at its commission meeting Feb. 28.