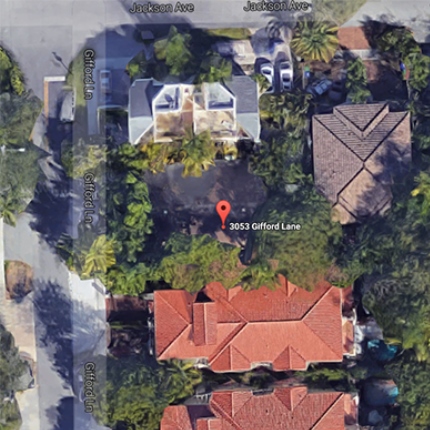 After an hour of deliberation, the City of Miami’s Planning, Zoning and Appeals Board unanimously rejected an appeal filed by a Coconut Grove resident regarding a future duplex with a roof-deck and a looming steel beam.

Caroline Urbine Cemin, an associate private banker living in Coconut Grove, said she plans to appeal the board’s decision to the Miami City Commission. Cemin told The Real Deal that she’s afraid the planning board’s decision will encourage the development of three-story buildings in an area where the maximum height is two stories.

Cemin’s townhome unit abuts a 5,000-square-foot lot with a 1,961-square-foot duplex at 3053 Gifford Lane that was purchased by Juan Echeverri and Nohra Pelaez for $273,900 in August 2004. Echeverri is the president and general contractor of Jemko Development, a company that has been building townhomes, retail, and small condo projects in Miami since 1999, according to Jemko’s website. Pelaez, who is listed as the project’s applicant, is Jemko’s vice president and sales director as well as a realtor associate of Douglas Elliman Real Estate.

Pelaez intends to replace the 1,961-square-foot Gifford duplex with a 4,556-square-foot duplex with two residential units. In June, Pelaez received permission to build on top of this two-story duplex a 400-square-foot roof deck, a 138-square-foot enclosed stairway, and a steel beam that looms 6.5 feet above the roof deck.

Cemin and several of her neighbors who appeared at the meeting contend that the roof-deck, stairwell, and beam make the future building a three-story project.

“My first apartment wasn’t 400 square feet,” neighbor Nathan Kurland told the board. “This is a loophole.”

Kurland argued that because the area falls within Coconut Grove’s Neighborhood Conservation District, the planning and zoning board was obligated to send the duplex project back to the drawing board. “We don’t have three-story homes in Coconut Grove,” he said. “We count on you to protect our neighborhood.”

In her June 27 letter to the city, Cemin stated that “Coconut Grove has been victim to indiscriminate building and land abuse.”

“Many residents are infuriated by the lack of concern the city has shown with regards to the oversize homes being built on compact lots, trees being illegally cut, and the blatant disregard for current homeowners and residents,” Cemin wrote. “I bought my home with great sacrifice and have always admired the look and feel of ‘the Grove.’ This structure will undermine the exact reasons that my family had for wanting to live in this neighborhood.”

“They don’t like the way the house looks,” Marrero-Priegues said. “It’s a matter of taste.” The city’s Miami 21 zoning code doesn’t forbid modern design homes being built in a neighborhood where Mediterranean-style houses dominate, she said.

Mediterranean-style buildings are also falling out of favor with new home buyers, Marrero-Priegues said. “What sells today is the modern house,” she said. “You may not like it. I may not like it, but that’s what sells.”

Devin Cejas, the city’s zoning administrator, added that the roof-deck doesn’t count as a story under Miami 21 because it isn’t a habitable space.

Cemin disagreed. “A story is defined as a level within a building which height is measured,” she said.