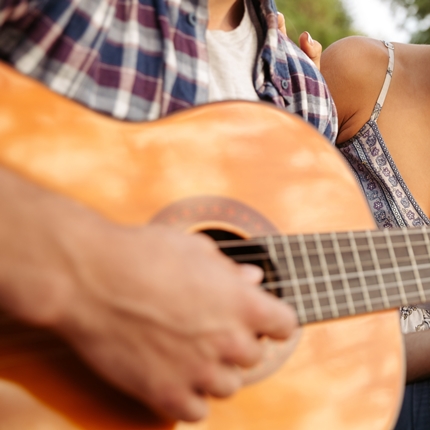 It was the summer of 1967, and a cultural revolution was in full swing on the streets of the Haight-Ashbury district in San Francisco. Music blared. Drugs shared.

Throngs of young people gathered for the “Summer of Love.”

Miami had its own Summer of Love, taking root in the earthy artist village that was Coconut Grove. On the 50th anniversary of the historic summer that changed youth culture, historians and locals tell stories of a different Grove back then. It was a hippie hangout before the fancy shops, hotels, cocaine, condos and cafes arrived in the 1980s, ‘90s and over the past decade.

The Grove of the 1960s was Miami’s center of counterculture.

“There was always, always music,” said Sandy Pukel, who owned the Oak Feed health store in the Grove. “And always people. People drumming together, people playing guitars. It was a sharing kind of experience.”

Young people with lots of hair (and not a lot of clothes) descended on Peacock Park, where they mirrored what was happening in San Francisco. They strummed guitars and passed weed wrapped in rolling papers from head shops on Grand Avenue. The “love children” hung out in “piles” in ways the Grove had never seen before, said Miami historian and author Arva Moore Parks.

“There was a lot of drugs going on that had not gone on in the past,” Parks said. “It was hippies with peace signs, young men without shirts. The women had long hair and long dresses. It was an interesting time.”

The Grove was a natural nucleus of counterculture, Parks said, because “people were used to speaking their mind in the Grove since the beginning of time.”

According to historian Paul George, the modern Coconut Grove was born in 1882 in Peacock Park when artists, naturalists and writers settled in area cottages. Hip, eccentric people created “a vibe of acceptance.” Tennessee Williams, Robert Frost and Alexander Graham Bell found haven in the Grove, which was, and still is, known for its lush landscape and sparkling views of Biscayne Bay.

In the ‘50s, beatniks read poetry in coffee shops downtown. They set the foundation for a counterculture that started to appear in the next decade.

“It was all part of the groove,” said George, who works with the HistoryMiami museum in downtown Miami. “Every ingredient you needed for a counterculture haven was in Coconut Grove.”