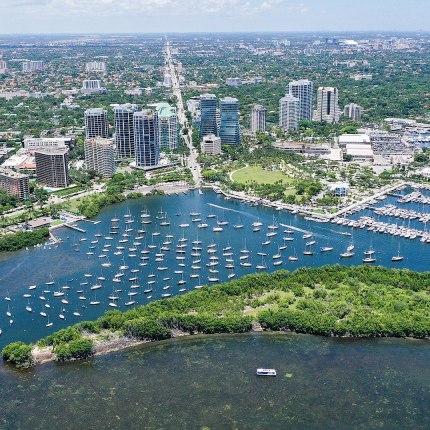 It’s no secret Time Out is prone to a casual flex, so let’s not dance around it: Miami is popular.

Coconut Grove is the only Florida neighborhood to make this year’s list, which is compiled annually by canvasing thousands of city-dwellers around the world in the Time Out Index survey. As usual, it’s asked (among other things) about the coolest spots in their city right now. And for the fifth year running, their views are combined with expert input from Time Out’s global network of local editors and writers to publish our definitive ranking of the world’s coolest neighborhoods.

So, how did Coconut Grove crack the top 30 this year? In case you haven’t noticed, after more than a decade in flux, the Bahamian-influenced hippy enclave has once again become Miami’s most exciting neighborhood. This is thanks, in part, to a spate of recently opened bars and restaurants, including new waterfront options and a Michelin star recipient. CocoWalk, its central open-air shopping mall, has also been entirely overhauled, complete with a new movie theatre and popular shops.

Still, what is loved most about Coconut Grove is its homegrown charm. You’ll find local art, an excellent farmers’ market, Miami-bred chefs, historic members’ clubs, a decades-old lemonade truck and a magnificent waterfront villa-turned-museum among the many reasons to visit.