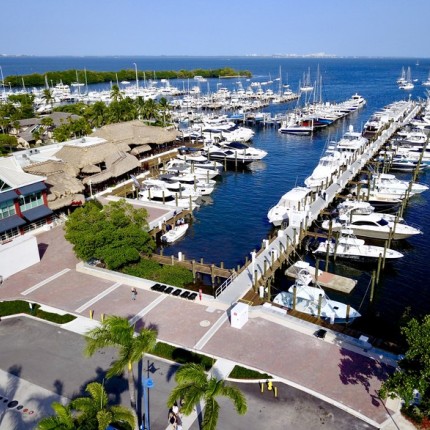 Suntex Marina Investors, a Dallas-based company that already owns marinas in Georgia, New Jersey, Texas and Virginia, bought the property’s recently renewed 70-year lease with the city of Miami and will bring back its original name, Bayshore Landing.

Aside from Monty’s, the 40,000 square feet of retail and restaurant space that are part of the property include current tenants such as Starbucks, Sushi Maki and various marine businesses.

“Suntex is actively growing and seeking acquisitions that align with our core objectives to be the premier marina operator in the U.S.,” said David Filler, Head of Suntex Investments, Florida, in a press release. “Biscayne Bay and the surrounding neighborhoods like Coconut Grove represent one of the greatest boating communities in the world; we are pleased to add this property to our portfolio. We look forward to greatly enhancing the boating experience for everyone to enjoy.”

In total, Suntex currently operates or owns 100 marinas and boat yards in 22 states across the U.S. In a news release, Suntex said it plans to make unspecified improvements to the complex, “greatly improve” customer service and expand menu options. The Suntex takeover comes as other nearby marine and food-and-beverage operations on city-owned waterfront land in Coconut Grove undergo significant upgrades.

The privately operated Regatta Harbour, south of the Monty’s complex and abutting Miami City Hall and Dinner Key, has fully revamped its marina and is almost done renovating a historic 1920s airplane hangar, one of two on the site, to expand marina services. The second hangar is also being restored.

Construction is also under way on three new restaurants that will replace the popular Scotty’s Landing and Chart House restaurants, which were demolished. A spokeswoman for developers The Treo Group said the new restaurants, including a casual outdoor spot, are scheduled to open this summer.

“A new city-built garage on the property is also open, and commercial tenants, including a full-service gym, are currently building out their spaces,” the Treo spokeswoman said.