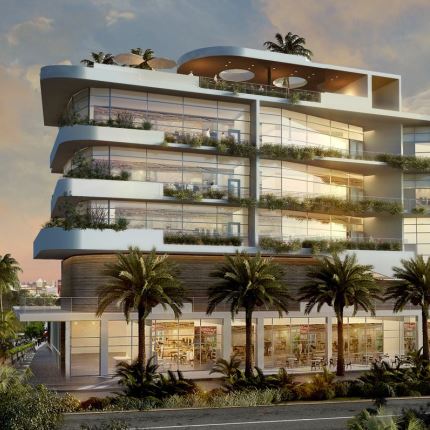 There’s yet another new office building in the works in Coconut Grove, with LointerHome announcing plans for 27@Lincoln, a boutique mixed-use development expected to rise at 3151 Southwest 27th Avenue.

William Hamilton Arthur IV is the architect of the project, which includes wraparound balconies, a rooftop terrace, and an underground parking garage with hydraulic car elevators. 27@Lincoln joins Mary Street, which is another new office building announced in the Grove.

“Coconut Grove is home to many professionals who will benefit from living and working in the same neighborhood rather than commuting to downtown every day,” says Amanda De Seta, Founder of LointerHome. “This is one of the Grove’s most desirable office addresses, and is perfectly positioned to offer residents a better per square foot deal than offices in Brickell.”

Groundbreaking is slated for early 2018.