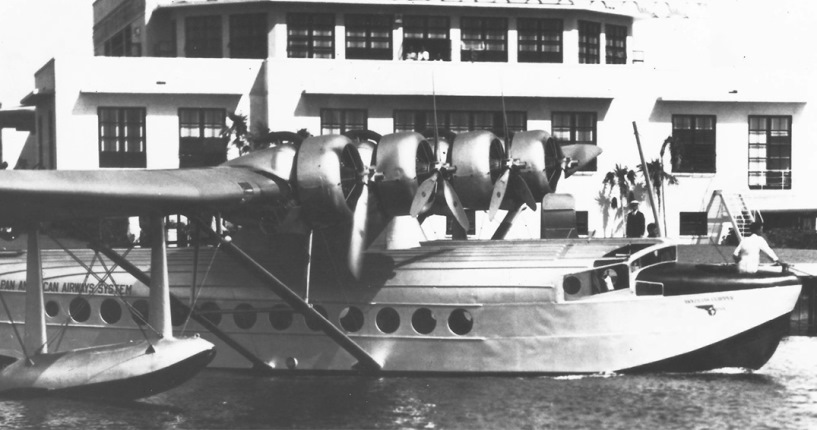 The program recognizes historic resources, persons and events that are significant in the areas of architecture, archaeology, Florida history and traditional culture by promoting the placing of historic markers and plaques at sites of historical and visual interest to visitors.

“After a trip to Charleston and seeing all of the historical markers that they have, I said ‘why don’t we have these?’ Then I saw there was a historic marker at Virginia Key Beach and the process began,” said Joyce E. Nelson, president of the Coconut Grove Civic Club.

“I identified some of the key places in Coconut Grove and went forward with applying to the state. When Mayor Tomás Regalado heard about the markers, he asked that we help put 12 more. This is exactly what the Coconut Grove Civic Club wanted to happen. We hope that more and more people and organizations will want to have a historic marker.”

The process from application to installation was a year-long endeavor because although historical marker applications are accepted at any time, the Florida Historical Marker Council only meets quarterly throughout the year to review them.

The state Historical Marker Council is an appointed committee of three preservation experts from around the state.

After applications are received, the marker council members may recommend changes to the proposed marker text during a review meeting. After the meeting, Bureau of Historic Preservation staff will communicate all changes or requests for further information to the applicant and coordinate the final marker text.

Current marker costs include the sign, post and shipping and amount to a grand total of $1,900 for a single-sided marker and $2,200 for a double-sided marker.

Because some of the markers sit on city or county rights of way and others sit on public or private property, the project required extensive coordination between governments and property owners.

Now that the first eight markers are installed, the Coconut Grove Business Improvement District (BID) – a board of the City of Miami dedicated to protecting and enhancing the neighborhood’s commercial core – has agreed to fund additional markers.

The BID already has a historical tour map that it provides to visitors, and while some of the eight new markers are on points of interest, the goal now is to place markers at all sites on the map.

The BID plans to budget enough money to apply for and install a few markers a year over the next several years.

The Miami Downtown Development Authority is taking cues from all of the marker action in Coconut Grove and showing interest in installing some markers of its own to go along with the improvements to historic Flagler Street and to highlight historical buildings in the area.

“There was a feeling that Coconut Grove was losing its identity,” said Alexander Adams, principal and founder of ALPHA Plan-Preservation-Urban Design, which helped coordinate resources, choose marker sites, present the application, and worked with the civic club through it all.

“We included markers across a cross section of the area including markers at city hall, which was originally Naval Air Station Miami, then Pan Am Seaport and now the City of Miami City Hall,” Mr. Adams said.

“This is an example where most people know the history of Pan Am Airlines associated with city hall, but few people know the area began during World War I and II as a US naval base. The US Coast Guard hangar site was the busiest Coast Guard station in the country when operations were moved to Opa-locka Airport,” he said.

“In the Center Grove, the Coconut Grove Women’s Club’s founding predates the City of Miami. The current Coconut Grove Library is actually the second library on the same site and we were able to place a photograph of the original library for everyone to experience the site. Charles Avenue in the West Grove was originally called Evangelist Street due to the amount of churches along the street and this was the “main street” of the community before Grand Avenue.”

Standard Florida historical markers are dark blue cast aluminum, with a 30-inch high by 42-inch wide text area. The letters and Florida Heritage emblem are white. The markers sit on a 7-foot-tall concrete post coated with brushed aluminum. A single-sided marker has the same text on both sides while a double-sided marker has text that is continued from side one to side two.

“We hope that this project will be an example that we can replicate to other neighborhoods,” Mr. Adams said. “We have a commitment to expand the programming within the Coconut Grove Business Improvement District and the Downtown Development Authority District to further the connection to our neighborhoods, cultural tourism and economic development, creating a synergy between our histories, tourism, tour buses, and educating new residents moving into these neighborhoods.”

To check out the Florida historical marker interactive map:  http://apps.flheritage.com/markers/map/.