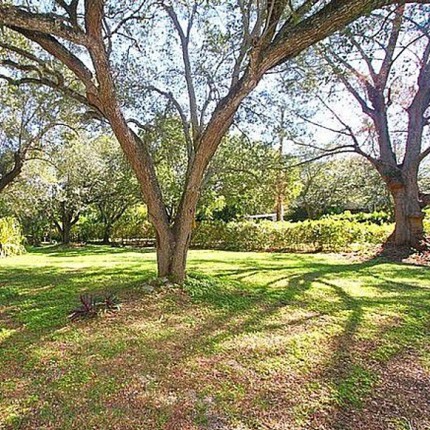 Residents spoke out against the replat at the commission’s planning and zoning meeting last month.

Battersea Woods LLC, led by developers Gus De Ribeaux, Carlos Tosca and Carlos Sosa, wants to redevelop a roughly 50,000-square-foot property it owns in the Grove into five single-family homes. But in order to do that, it needed a special permit, also known as a warrant. The developer approached the city attorney’s office, which eventually issued a new opinion that removed the warrant requirement. With a warrant no longer needed, Battersea Woods requested that commissioners re-plat the property, which they rejected.

At some point during last week’s meeting, commissioner Ken Russell called for Mendez’s firing, alleging that the city attorney withheld emails he requested, including about two dozen related to the zoning issue between Mendez and Battersea Woods’ attorney. By the end of last month’s meeting, Russell called for a vote that would instead bring in outside counsel to review the situation and offer an independent opinion that could determine Mendez’s future as the city’s attorney.

At [the] meeting, he said he regretted his tone in how he handled the issue. “What this has become is a little embarrassing for our city and the public nature in which I have brought this, I don’t know how else to do it,” Russell said.

At his suggestion, the commission moved to schedule a discussion for a special meeting at a later date. Mendez has also requested an ethics investigation to clear her name.

Meanwhile, commissioners voted 5:0 to reject the replat, despite the developers’ pleas.

“Not approving the plat and requiring the Battersea Woods plat to go through the warrant process, is a futile process,” Berger Singerman attorney Paul Figg said. “My client has met with each of you to clarify the misrepresentations of fact made on the dais and in the press. You all feel bad for my clients, I believe. But that they are caught up in a political issue.”

Russell said his vote was based on “the facts and technicalities.”

“The reason I’m moving that we deny the plat is that it did not go through the appropriate process,” he said.