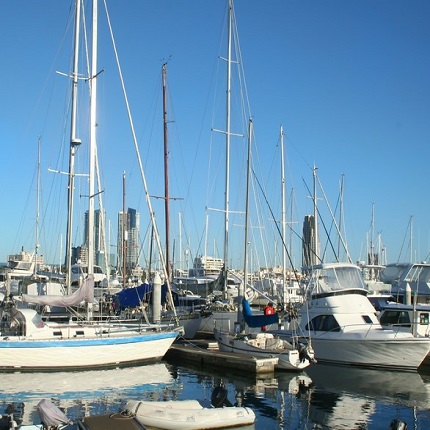 As the City of Miami moves ahead on long-awaited repairs and improvements at the city’s Dinner Key Marina, another contractor is poised to be hired to build an adjacent mooring facility.

The matter is scheduled for review and a vote at the city commission’s meeting on July 11th.

The Department of Real Estate and Asset Management or DREAM is recommending the city award the work to Dock and Marine Construction Corp., a Miami-based company.

The commission is to consider a resolution accepting a March 5 bid from Dock and Marine to provide construction services for the Dinner Key North Mooring Facility for $198,396 for the scope of work, plus an owner’s contingency allowance of $19,839.60, for a total award value of $218,235.60.

The company was determined to be the lowest responsive and responsible bidder, following the guidelines in the formal invitation to bid. The work includes furnishing all materials, labor, services, supplies, goods, and equipment to construct a 25-vessel mooring field offshore from Dinner Key Marina.

The city owns and operates the marina, which is east and south of City Hall, off Pan American Drive, on the Coconut Grove waterfront.

A background memo on the mooring project says on Jan. 25 the Department of Procurement invited bids. Five bids were received, Dock and Marine is the lowest responsive and responsible bidder, and procurement staff recommends awarding the contract to the company, the memo says.

Dock and Marine has experience on projects for local, county, and state government agencies, as well as large utility companies like Florida Power & Light.

Dinner Key Marina was damaged by Hurricane Irma in September 2017, impacting about 60% of the dockage. Before the hurricane, the marina was the largest wet slip marine facility in Florida. City staff said that at the start of 2017 about 580 vessels were docked there, with about 250 recorded there in early 2018.

City staff worked for months to prepare the request for proposals, which was issued Nov. 7, 2018. A background memo says the work consists of restoring or replacing the docks and utilities that Hurricane Irma damaged at the marina on Sept. 10, 2017.

The goal is to efficiently return the marina to operating conditions with restoration or replacement of fixed concrete and timber dock structures, a fire protection system, shore power, lighting, sewage pump-out, domestic water and a communication/security system. The work is divided into “hurricane” and “non-hurricane” repairs.

City officials hope the Federal Emergency Management Agency will reimburse the city for the bulk of the repairs to fix the storm damage.