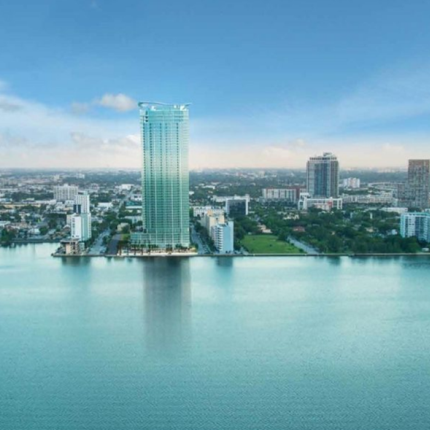 Investors bring cash to South Florida, trade it for deluxe apartments in the sky, and in the last year have made the condo market the hottest in the country.

The Q2 numbers are in, and the trend abides, even accelerates a bit. All cash remains the rule in most markets, but especially Miami, where three-quarters of the deals trade that way. One side effect of the high-volume cash market is dwindling inventory, driving prices higher.

Per SF, the average price for all Miami condos was up almost 14% since last year, and the number of sales up 13%.

Average condo prices are similarly increasing in Fort Lauderdale (nearly 12%), and Palm Beach (up 27%) year-over-year, but not quite so much in Boca (up 7.6%).

An overheated market? Maybe at the upper end, which is where the development action is. Pictured: One of the upper-end towers slated for development come 2014, the 399-unit Biscayne Beach by Eastview Development.