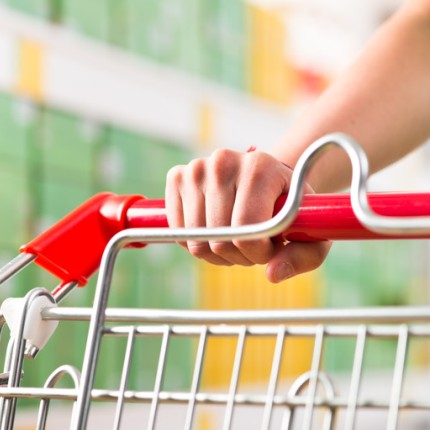 Mindful of the traffic woes along U.S. 1, hometown favorite Milam’s Markets is opening a location on the west side of the highway.

The new Milam’s Market grocery will cover the ground floor — similar in size to a typical Target store — at the 36-story apartment building Cascade at Link at Douglas, which is under construction next to the Douglas Road Metrorail Station just west of Coconut Grove. The project includes a second, 22-story tower. Cascade will open in 2022.

The Coconut Grove-Coral Gables-South Miami area has an abundance of grocers, including Fresh Market, Publix, Whole Foods and several Milam’s Markets. Most are located east of U.S. 1. The new Milam’s — the family-owned group’s sixth store — will offer a new option west of the busy thoroughfare for apartment dwellers who depend on public transit. 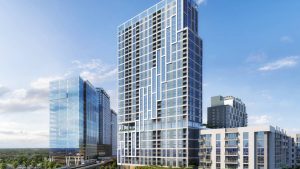 Rendering of The Link at Douglas, being developed by 13th Floor Investments and the Adler Group. (CREDIT: ADLER GROUP/13TH FLOOR INVESTMENTS)

“Our new store will provide a shopping experience similar to our other stores. Not only will we be able to better serve those living on the West side of US-1 — trust us, we know how hard it can be to cross that intersection sometimes — but we will also be joining the ‘Urban Evolution’ and Metrorail redevelopment with our store having immediate access to the Douglas Metrorail Station,” said Kristie Milam, Milam’s Markets CMO and director of real estate, in a statement.

Link at Douglas’ first tower is expected to open in the second quarter of this year. The seven-acre project — developed by 13th Floor Investments, Adler Group and Barings — includes rental apartments, retail space and offices. It is adjacent to The Underline, a 10-mile-long linear park running underneath the Metrorail from South Miami to downtown Miami.