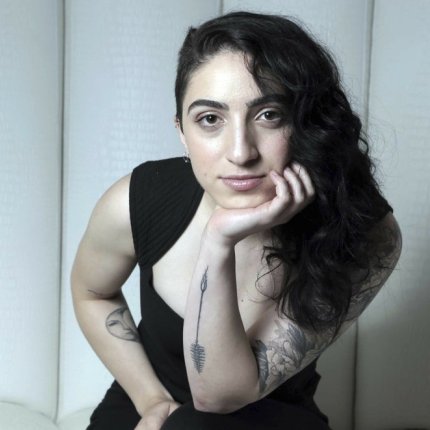 These days, the Grove is better known for the Coconut Grove Arts Festival, which showcases visual arts.

All this could change in 2020, though. The festival, which has drawn millions to a 1.2 mile stretch of the Grove, celebrates its 57th year Feb. 15-17 with a new twist: a concert with an enticing headliner and an as-yet unconfirmed opening act.

The Evening Under the Stars Valentine’s Day concert in Peacock Park on Feb. 14 will kick off the Coconut Grove Arts Festival and is a fitting reminder that music was a key element of the waterfront city.

“I can’t think of a better performer to kick off this year’s festival and capture the magic of Coconut Grove,” Grove Arts Festival President Monty Trainer said.

The 25-year-old Estefan is a formidable talent. She graduated from Berklee College of Music, and she’s a one-woman Miami sound machine, singing and playing drums, guitar and keyboards. Her music is a gumbo of pop, jazz, funk, Latin, R&B and a dash of theater.

“It is a true privilege to headline the first concert event of this type at the festival,” Estefan told the Miami Herald. “Coconut Grove is such a magical place, and it comes to life even more with live music pulsing through it. I will always try my best to exude joy and love to all of the people in attendance, and I feel the responsibility and honor of putting on a great show.”

Estefan has already started putting the concert together.

“My team and I, along with the amazing crew at Coconut Grove Arts festival, are having a blast putting our heads together and trying to do something new on stage that ventures outside of music, across several art mediums,” said Estefan. “Everyone on the project loves art, and that always leads to a beautiful outcome. And when it comes to the music we’re going to bring the party and romance to Coconut Grove.”