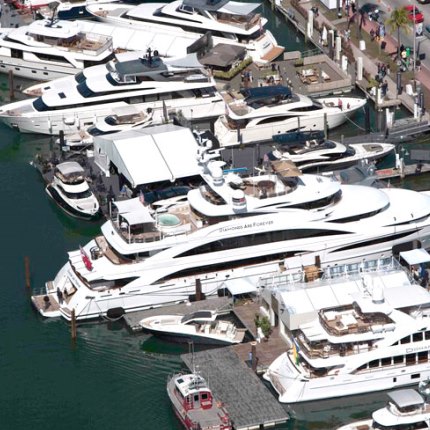 The Miami-Dade Commission will vote on Tuesday, November 17, on whether to grant the National Marine Manufacturing Association (NMMA) and the City of Miami a Department of Environmental Resources Management (DERM) permit for the use of the Virginia Key basin and Miami Marine Stadium are for the upcoming Miami International Boat Show.

This permit is a key element in the City of Miami’s controversial plan to move the Miami International Boat Show to Virginia Key’s Marine Stadium site.  As litigation moves forward between the Village of Key Biscayne and the City of Miami – the Boat Show’s fate on Virginia Key relies on this vote.

Representatives from both the Village and the Boat Show are expected to be at the meeting to voice their concerns.

According to Key Biscayne residents and environmentalists, and basically those against big business bullying neighbors, Virginia Key is not the right venue for the Boat Show for these reasons:

Environmental damage: A recent US Army Corp of Engineers report showed that the Boat Show’s move would cause “substantial” harm to Virginia Key’s ecosystem and lead to serious impacts on marine life.

Blocking year-round access: The Boat Show only takes place over a 5-day period, yet the event’s setup and takedown will require the site and adjacent waterfront to be closed-off for public access for up to 6 months of the year.  This would completely eliminate the creation and use of a public park that was outlined in the Virginia Key Master Plan.

Taxpayer burden: The City of Miami’s plan to commercialize the Marine Stadium site will require upwards of $20 million in taxpayer dollars. Alternative sites, including Marlins Park, have been suggested, but Boat Show organizers insist Virginia Key is the only location that ‘suits their logistical needs.’

Traffic nightmare: The Rickenbacker Causeway will be a virtual parking lot during the Boat Show, restricting access for visitors to Virginia Key and Key Biscayne and causing gridlock for emergency vehicles.