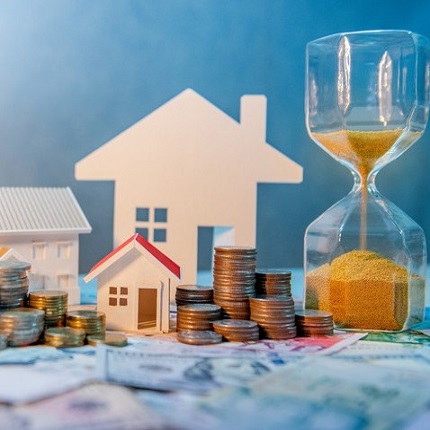 Mortgage refinance rates are at historic lows right now. It may seem like a good time to refinance your home, but do you need to rush? Maybe.

The Federal Housing Finance Agency has given Americans a reason to consider refinancing sooner rather than later: Starting December 1, you’ll pay a 0.5% refinancing fee.

If you refinance on December 1 or later, you’ll pay 0.5% of your loan principal at closing. But if your refinanced mortgage is under $125,000, then you don’t have to pay this fee.

“You don’t have to actually close on your refinanced mortgage by December 1 to avoid the charge that you can get out of the fee as long as you lock in your rate by December 1,” Christian Wallace, Head of Sales at Better.com, told Business Insider . “You can decide to lock your rate once you’re positive you want to refinance. Some people lock the same day they put in an application. Or it may take a couple of days because they’re trying to make a decision on whether they want to refinance or not.”

Beating the December 1 deadline and locking in a low rate aren’t the only two things to consider before refinancing your home.

You shouldn’t necessarily refinance with the same lender who gave you your original mortgage just because you’re in a rush to refinance before December. You’ll want to find the lender who will offer you a low rate and charge you the least in fees, if possible.

Wallace recommended homeowners think about all the other fees involved in refinancing, like appraisal fees, credit check fees, and title fees. Not all lenders charge the same fees. You may want to ask a few lenders for itemized lists of fees so you can compare and contrast before refinancing.

Don’t Rush If Your Finances Aren’t In Order

Yes, rates are low right now. And yes, you will pay a fee to refinance as of December 1. But if your finances aren’t in a good place, then you still might want to hold off.

Lenders offer lower rates to people with stronger financial profiles. If you have a high credit score, low debt-to-income ratio, and/or sizeable down payment, then you could enjoy a low rate. But if you still have some work to do, then you could end up paying a higher rate for years — which could ultimately cost you more than the 0.5% refinancing fee.

If possible, try to improve your credit score, pay off some debt, or save more for a down payment before December 1 so you can get the lowest rate. You’ll probably want your credit score to be at least 700 and your debt-to-income ratio to be 36% or lower. There isn’t a strict rule about how much you’ll need for a down payment, but a larger amount could result in a lower rate.

But if your finances still aren’t where you’d like them to be by the end of November, then it might be better to postpone until you’re ready. Waiting could save you money in the long run.