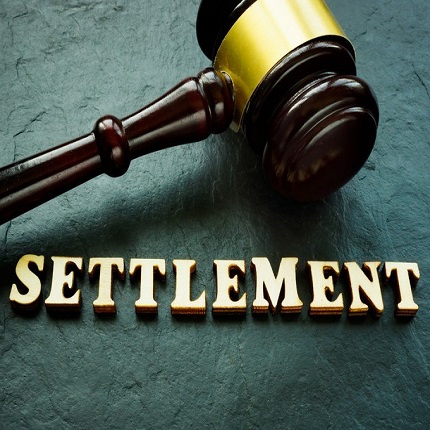 Grove Isle residents and the island’s owner have settled a legal dispute, paving the way for the community’s first new project in 40 years.

The Grove Isle Condominium Association and Eduardo Avila’s Grove Isle Associates, LLP agreed in May on a settlement after six years of lawsuits and appeals, said John Shubin, a representative of Grove Isle Associates and a founding partner at the Downtown Miami law firm Shubin & Bass. The Third District Court of Appeal affirmed the settlement, as first reported by the Daily Business Review.

Homeowners are no longer required to have a club membership and pay membership fees, and Grove Isle Associates, LLP can now move forward with its condo development.

“Homeowners are saving about $2,400 per year in club dues,” said Alan Goldfarb, a Grove Isle resident and founding partner of a Downtown Miami-based law firm.

“In 2015, everyone was aligned to stop this development. From 2018 and onward, everyone is just saying ‘Lets get on with it,” Goldfarb said. “Grove Isle is still doing well, because you’re on an island. All of that is coming to a change when there’s no bay breeze and you feel suffocated with the size of the development.” 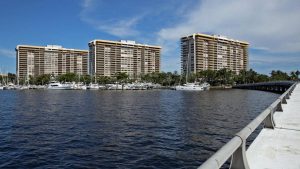 The Grove Isle Condominium Association and Grove Isle Associates, LLP came to an agreement after six years of lawsuits and appeals, paving the way for a new project on the island, shown in 2015. (PHOTO CREDIT: WALTER MICHOT MIAMI HERALD STAFF)

Avila proposed his project in 2015 and immediately faced backlash from island residents. Many residents fretted about losing their club house and adding more density. Some dwellers in Grove Isle 3 — the building closest to the development site — worried about losing their view of the water and of the Downtown Miami skyline.

The new project — Vita, formally known as The Markers Grove Isle — will have 65 units. Amenities include new club facilities for the entire island, including a restaurant and eight tennis courts, Shubin said by email. Construction is anticipated to start in early 2022.

Vita will join three existing condominiums built by Martin Margulies from 1979 through 1981. The island is fairly hidden, despite its views of the glittering towers of Grove at Grand Bay, single-family homes dotting the Coconut Grove waterfront and the Downtown Miami skyline. It’s connected to the mainland from Fair Isle Street, off of the tree-lined road of South Bayshore Drive between David T. Kennedy Park and Mercy Hospital.

Each 18-story building has 162 to 170 units. The island had a waterfront hotel with 50 rooms, spa, restaurant, pool and Tiki bar prior to being demolished in 2018 by Avila. A marina and 12 closed tennis courts remain on the island. Prices range from $650,000 for a 1,600-square-foot two-bedroom, two-bathroom unit to $1.3 million for a 4,000-square-foot four-bedroom, four-bathroom unit, according to listings on Realtor.com.

The project is moving forward, Shubin said, despite two pending matters. The developer faces a pending appeal by about 20 island residents who argue that the developer’s construction permits are invalid since the island was never re-platted. In addition to the appeal, Avila has to complete bridge repairs and pass inspections.

Goldfarb said he has lingering concerns about whether the bridge can withstand the weight of construction trucks.