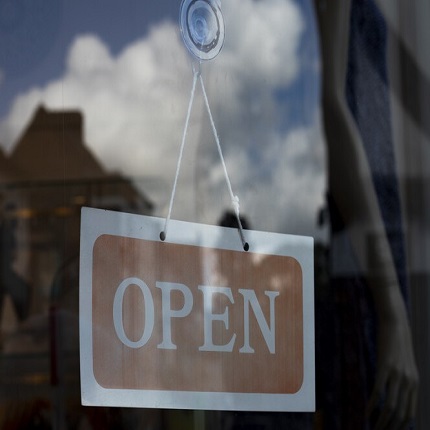 If you’ve been hunkered down because of the COVID-19 pandemic, holed up in a makeshift home office and avoiding all outings except for groceries, you may have missed this: CocoWalk has reopened. Yes, CocoWalk.

The fabled open-air, faux-Mediterranean “lifestyle center” that lured hordes to the Cheesecake Factory, Fat Tuesday and Banana Republic in the heart of cringing old Bohemian Coconut Grove, before changing tastes and competition from far-hipper South Beach and Wynwood doomed it to tired irrelevance.

But this is definitely not your father’s CocoWalk.

The CocoWalk that has made its discreet debut amid a still-raging COVID-19 pandemic is a radically retooled, re-conceived place — no longer a magnet for tourists and the masses, but a sleekly modern, work-dine-shop hub that aims for cool, casual sophistication amid a rapidly upscaling Grove. Gone are the tiles and the orange stucco facing, along with the broad staircase no one used and the central pavilion from whose upstairs terrace hard-drinking multitudes once raised a nightly ruckus. Gone, too, are Victoria’s Secret and the Gap, the last remaining vestiges of the mall’s big-chain days before new owners shut it down for a total makeover in the summer of 2019. 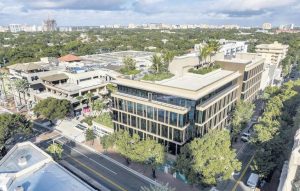 In their stead, and opening gradually between now and fall of 2021: Planta Queen, a fully vegan Asian restaurant that’s already serving crowds. An “athleisure” store from the Free People women’s clothing brand, also open now. Still to come, among others, are Salt & Straw, a foodie-fave ice cream import from Portland, Oregon; Sweetgreen, serving seasonal salads and grain bowls; Narbona, a natural foods and farm market; and retro-Boho L.A. clothing store Late Night Gypsy. Other shops and dining spots include several local holdovers in revamped spaces, including Coco Cigars and high-end eyewear purveyor Edward Beiner, as well as the Cinepolis movie theater (which remains closed until further notice). For the musically inclined, another newcomer will be a School of Rock program.

But the biggest departure from the old CocoWalk may be the glassy new wing with four floors of offices. They’re almost fully rented out, to tenants such as Spaces, an upmarket co-working outfit, a law firm and a private equity group — avatars of the new Grove. The once-quaint village, Miami’s oldest neighborhood, is increasingly a draw for hedge-funders and other Northeastern financial types who are driving demand for Class A office space. The investment group, Boyne Capital, recently moved in and is already expanding its space.

The shops and offices frame a remade, more-expansive central plaza that bleeds into the street. A stunning 60-foot kapok tree, or ceiba, stands as its tropical centerpiece. The old, schlocky fountain out front, once a popular backdrop for tourist photos, has been replaced by a minimalist version, topped by a life-like statue of a lithe Florida panther. Also much improved is the underground parking garage, once a dark, confusing maze. It’s now brighter and easier to navigate. From the top level, an open staircase leads directly to the central plaza.
CocoWalk’s owners — Federal Realty Investment Trust, from Maryland, in partnership with locals The Comras Company and Grass River Property — hope the plaza’s tables and movable chairs will become a meeting place and hangout for Groveites and other Miamians.

CocoWalk more befitting the Grove’s new vibe, centered around locals and families, though tourists are welcome and expected. They also wanted a commercial mix better positioned to capitalize on the affluent demographics of the Grove and surrounding suburbs like Pinecrest and Coral Gables.

They key to succeeding where the old CocoWalk did not, they say, will be bringing it to life all day long, and not just after dark. Their calculation is that the new, welcoming plaza and the combination of workplaces, music school and services like a gym and a Spot Barbershop, along with casual dining and shopping, will do just that.

“Federal and I fell in love with the Grove, with the history and the greenness of the Grove,” said Stu Biel, the firm’s senior vice president for leasing. “There is something really enchanting about the authenticity and organic nature of the Grove. We wanted to make sure CocoWalk wasn’t one-dimensional, but woven into the community, meeting everyone’s daily needs. We want it to really morph and evolve during the day.”

The middle of a COVID surge is not the best moment to open, the partners acknowledge, but that’s how the timing of construction worked out. Under the circumstances, they said, a soft and gradual debut was preferable to a grand opening. Because the mall design is mostly open-air, and designed to take advantage of sidewalk traffic, they believe it will be a draw, and a pretty safe one.

“You have to roll with the punches. If you have something that’s good, why wait?” said Michael Comras, the minority partner in charge of retail leasing. “People are ready. The demand in Coconut Grove just from the locals is so strong. Everyone wants to be out again.“

To be sure, people have already returned to the Grove’s commercial center, where there’s lots of sidewalk and outdoor patio seating at restaurants. Planta Queen, which boasts an expansive balcony with folding glass windows that can be fully opened, seems already to be drawing well.

Even as CocoWalk’s commercial downturn hurt the Grove, Biel and Comras say, its return will fortify it as the village’s momentum picks up. Steps away is the new Mr. C luxury boutique hotel and its rooftop restaurant with a view of Biscayne Bay over the trees and fields of Peacock Park. Across Grand Avenue from CocoWalk, long-vacant shops are now undergoing gut renovations in expectation of new tenants.

“It took people a while to realize the Grove had a lot of attributes that were untapped,” Comras said. “And CocoWalk is the cornerstone of it all. It’s going to help lift everything else.”

The remade CocoWalk also seizes on the Grove’s live-work trend. Locals and new business-minded arrivals looking to work close to home, and walk to dining or the gym, has sent demand for office space sky-high even during the pandemic, said Danet Linares, vice-chairman of Blanca Commercial Real Estate.

“It appeals to financial firms new to the market, and executives living in the Grove or places like Cocoplum or Pinecrest,” said Linares, who is leasing the CocoWalk offices. “This is a very easy commute for them, especially the new guys coming in, who don’t want to hassle with traffic.”

Like the executives, some of CocoWalk’s retailers are also new to Miami — and the city is new to them. Among the most intriguing prospects is Salt & Straw, known for its unusual ingredients and flavor combinations. The CocoWalk store, set to open in early 2021, is the small chain’s first location away from the West Coast.

And like the executives flocking to the Grove, Salt & Straw’s co-founder, Tyler Malek, has sought to embrace Miami and its cultural peculiarities The shop tailors ice cream recipes to each location, working with local chefs and food producers to develop wild and wildly varying flavors.

And so in Miami, working with Panther Coffee and rum producers Miami Club, Malek came up with an “intense” coffee ice cream, with chocolate tres leches swirl drizzled into the ice cream tub along with a bit of cinnamon and rum. With The Salty Donut, he developed a guava ice cream with candy coating and a specking of cheese. And with the Wynwood Brewery Co., it was a mango sorbet with IPA and habanero pepper. And in Coconut Grove, Malek said, he found a distinctive place with a flavor all its own, but a familiar, cool vibe.

“Miami became kind of the pinnacle of food for us,” Malek said. “We had no idea what we were in for when signing this lease, what an epic project we were getting into. But when we walked Coconut Grove, we felt at home, like in Venice Beach or Portland.”