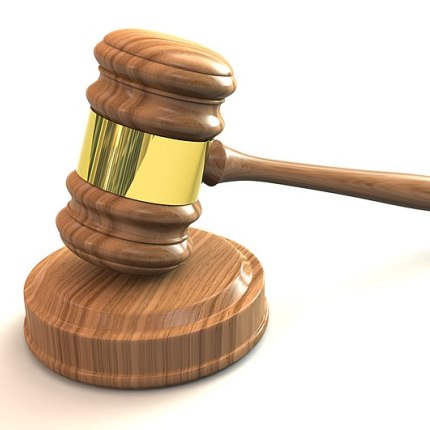 Miami-Dade Mayor Carlos Gimenez pinned his last hope of seeing through a long-stalled and controversial plan to revamp and reopen the historic Coconut Grove Playhouse on a lawsuit against the administration of Miami Mayor Francis Suarez, who has blocked it.

Now it looks like Gimenez’s wish may not come true, at least not while he’s still mayor. And the long-running saga over the fate of the deteriorating, state-owned 1927 landmark, shuttered since 2006, remains without a resolution.

Thirteen months after Gimenez filed his lawsuit, a three-judge panel of the Miami-Dade Circuit Court’s appellate division unanimously dismissed the case without ruling on its merits. The judges ruled they have no jurisdiction over the matter.

Miami-Dade cultural affairs director Michael Spring, a special aide to Gimenez, said the county will likely appeal the ruling to the Third District Court of Appeal within the next two weeks. Any decision from that court, however, is unlikely to come before the term-limited Gimenez’s time in office expires Nov. 17.

Gimenez had asked the court to overturn a veto by Suarez, a political rival, of a narrow city commission vote that gave a green light to the county playhouse plan. 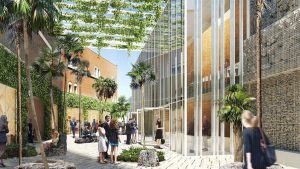 An architectural rendering shows the restored front of the Coconut Grove Playhouse building at left with a new, freestanding 300-seat theater on the right and a new plaza at center. (RENDERING CREDIT: ARQUITECTONICA/MIAMI-DADE COUNTY)

The county, which has effective control over the playhouse property under a complex agreement with the state, wants to replace the theater’s cavernous auditorium with a smaller stand-alone theater that planners say would be financially viable. Its plan also calls for restoring the three-story, wing-shaped Mediterranean front section of the building that defines the playhouse, returning it to its original use as restaurant, retail and office space.

Because the city designated the playhouse a historic landmark in 2005, however, it controls approval of any restoration or redevelopment plans for the property. After initially approving the county blueprint, the city preservation board later reversed course, voting against the plan, which also came under fire from some Grove residents and preservationists. The city commission then overruled the preservation board, voting to approve the plan by a 3-2 vote.

In vetoing the commission’s approval, which came after years of planning, litigation and often-contentious hearings, Suarez said the county plan would destroy the historic integrity of the playhouse and called for restoration of the entire building. But the county, which had won a previous suit against the city over the plan, sued again, noting that the historic designation explicitly excluded the playhouse’s much-altered interior and arguing that Suarez had no legal or factual basis for his veto.

After months of delay, mostly because of the COVID-19 pandemic, the appellate court declined to intervene. Although the preservation board and commission votes on the county plan were quasi-judicial proceedings subject to the appellate division’s jurisdiction, the ruling concludes, the mayor’s veto is not, and thus not subject to their review.

“The county believes the court got it wrong and plans to appeal,” Spring said. “They did not rule on the merits,” Spring noted, adding that the county still intends to pursue its plan.

Suarez did not immediately respond to a request for comment relayed through a spokeswoman. The city, however, has not developed an alternate plan for restoration of the playhouse and has not earmarked any money for that.

One of several Grove residents who filed a friend-of-the-court brief in the lawsuit supporting Suarez welcomed the dismissal.

“I want to thank our neighbors and friends, Mayor Francis Suarez and our lawyer David Winker for making sure our voices were heard and ensuring that the Historic Coconut Grove Playhouse is preserved,” Dr. John Nordt said in an email. “This place STILL Matters!”

The county effort has taken place against a complicated political backdrop that may yet play a part in determining the ultimate outcome.

Mayor Suarez’ father, Miami-Dade Commissioner Xavier Suarez, is running to succeed Gimenez. Both have been beneficiaries of political fundraising by attorney and arts patron Mike Eidson, a leading critic of the county plan who has called for a larger theater with “Broadway-style” shows. Preliminary estimates show, however, that larger theater would cost about twice as much as the county plan.

Gimenez made the playhouse restoration a central goal of his administration. Along with Florida International University, he negotiated a 99-year lease with the state, which had taken the playhouse property back from a financially troubled nonprofit group that had closed it abruptly in the middle of a production, leaving a trail of debt.

After clearing the debts, Gimenez put together a plan relying on $23 million in voter-approved bonds, grants and other earmarks to fund construction of the new theater, to be run by GableStage, an award-winning small company. An accompanying garage, to be built by the city’s parking authority, would help pay for theater operations and renovation of the playhouse front section.

The county’s consultants concluded the original auditorium had been substantially altered, was unsuited for use as a modern theater and too large to be financially viable, contributing to the theater’s failure.

Eidson first floated an alternative concept for a larger theater, then later embraced the idea of restoring the entire building. His idea went nowhere when he failed to meet a county deadline for raising the required additional money.

The state has warned in the past that delays in starting the project place the county in violation of its lease. The agreement contemplated that construction on the revamped playhouse would be well under way by now. Even if a new county mayor decides to pursue a different restoration strategy, it’s likely to take several more years to develop plans and realize them.