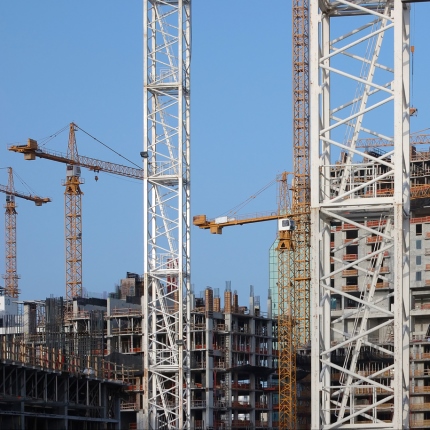 Florida is in the midst of another condo boom that looks to add nearly 40,000 units to the coastal market located east of Interstate 95 in the tri-county region of Miami-Dade, Broward and Palm Beach.

Obtaining accurate information on the South Florida preconstruction condo market is difficult as no presale or pricing documents for new units are required to be recorded with the government until the planned towers are ultimately constructed.

As a result, my consulting firm CraneSpotters.com attempts to monitor presale activity by conducting monthly surveys of every preconstruction condo project sales office currently marketing planned units in coastal South Florida. The numbers are as accurate as they can be given our firm’s complete dependency upon the developer representatives responding to the monthly surveys.

Based on the most recent monthly Developers Price Survey for November, less than half of the new towers announced to date are currently being marketed for presale in South Florida. The other half of the proposed units are in various stages of the planning phase and have not yet come to market for presales.

In total, more than 145 new towers with nearly 17,665 units are currently being marketed for presale as of Nov. 7, according to my preconstruction condo projects website.

The latest Developer Price Survey reveals that developers have entered into contracts – or recently conducted transactions in newly completed towers – for more than 11,800 new units proposed since 2011 in South Florida.

The overall new condo presales to date represent about 67 percent of the total preconstruction units currently available for sale.

The survey results also show that 108 towers with nearly 13,400 units have presold at least 50 percent of the planned condos in their respective new projects.

The developers of 40 towers with more than 4,500 units have sold between 50 percent and 79 percent of the condos in the preconstruction projects.

Not every project is experiencing such strong presales activity.

To be clear, some of the preconstruction condo projects with below-average presales have just launched marketing initiatives to coincide with this winter buying season that symbolically began with the Thanksgiving holiday in November.

For the preconstruction condo projects that are selling, new units are going under contract at a mean minimum price of more than $770 per square foot in South Florida.On a county-by-county basis, the mean minimum price per square foot for a preconstruction condo unit is $855 in Miami-Dade, more than $535 in Broward and $475 in Palm Beach, according to the survey.

The unanswered question going forward is whether developers of new condo towers will be able to successfully attract enough buyers to purchase at the current prices all of the preconstruction units that have been announced in South Florida since 2011.

Peter Zalewski is a real estate market consultant, non-practicing licensed real estate broker and columnist for The Real Deal who now answers reader questions about the South Florida real estate market in a new weekly Friday column. Questions and comments can be sent to southfloridanews@therealdeal.com. The TRD editors will choose which submissions will be addressed.