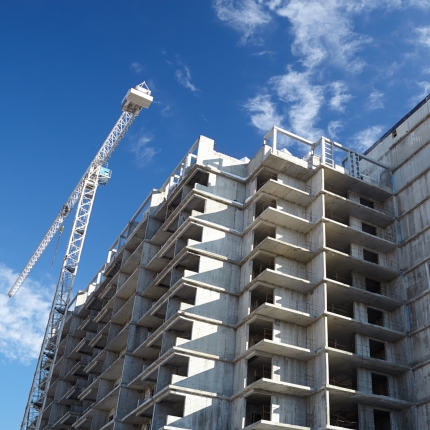 The panel was sponsored by advertising and marketing agency Pace and the South Florida Business Journal. The panelists:

Here are four great insights from the expert panelists:

The developers have employed a range of strategies to appeal to millennials, one of the fastest-growing age groups in the nation. Homeownership rates are the lowest in the past 50 years, and younger buyers are more likely to rent rather than own.

Baker said millennials aren’t buying houses later because they are delaying getting married and having children. When they start families, they will want to become owners. Nunziata said he’s attracting younger homebuyers by building at more affordable price points, $200,000 to $500,000. Many of them will accept a townhome product as long as it’s priced right.

Altman said there’s been a shift in buyer preference towards renting as they get away from an ownership society, even when it comes to cars. To appeal to millennials, he builds apartments designed to meet many of their lifestyle needs, such as pet grooming, a 24/7 package delivery system, lockers for dry cleaning pickup and common area work spaces. Green features and energy efficiencies are also important to young renters, he added.

Rosso said the Related Group is targeting millennials with its apartment projects in Miami’s Wynwood, with smaller units that will have lower monthly rents, although the rent per-square-foot would be above average. These buildings will have larger amenity spaces and they’re located in a neighborhood full of restaurants, retail and art.

Miami Worldcenter’s residential component should be popular with millennials because the project is near the city’s museums, parks and entertainment centers. Plus, it’s connecting to public transportation, Motwani said. In addition to condos and apartments, the project will have retail, restaurants, an office building and a convention center hotel.

Housing for seniors a major demand

The 55-plus population is also one of the fastest-growing age groups in South Florida, and it represents a large portion of the people moving here. Developers have taken notice with their project designs.

Baker said seniors value security at their home communities, so they should be in an area with a low crime rate and preferably near medical offices. Seniors also like walking trails and other spaces for outdoor activity.

Rosso said many older residents have decided that their single-family houses are too large for them, so they’d rather have a condo that requires less work. Its Auberge Beach Residences and Spa in Fort Lauderdale Beach has attracted wealthy older residents by offering services managed by a hotel brand, such as room cleaning and on-site restaurants.

People will pay more for mixed-use

Many new homes are being developed as part of mixed-use projects in established or emerging city centers. The question is, will buyers or renters pay more for these units?

Motwani said they will, and that’s already been demonstrated at projects such as Downtown Doral and City Place West Palm Beach, and many others around the country.

“When people come home from work, they don’t want to commute another 20 minutes to go out for dinner,” Motwani said.

Altman said he can collect higher rents at mixed-use projects. Rosso said that being next to a mixed-use project, such as Brickell City Centre, has allowed the Related Group to achieve strong sales at its Brickell Heights and SLS LUX condos because people like to be steps away from shopping and dining.

When asked what they look for when purchasing development sites, the panelists offered many good tips based on their business strategies.

Rosso said the Related Group likes to purchase properties with existing cash flow, such as an office building, so it can hold them as long as needed until the time for development is right. It’s currently doing this with 444 Brickell Ave and 1400 Biscayne Blvd. as it decides when to launch new condo projects.

Altman said he wants development-ready land. He evaluates whether the purchase price and the cost of development would achieve a good profit margin based on what the investment funds he partners with are looking for.

Motwani said he’s been successful at purchasing assets in areas with good demographics out of distress. The site of the Paramont Fort Lauderdale condo was bought out of bankruptcy, as was the site of the former Fashion Mall in Plantation, which will be transformed into a mixed-use project called Plantation Walk.

Nunziata said 13th Floor Homes is focused on how not to lose money. Instead of committing big money up front, he prefers to sign purchase-option contracts on land, and make them contingent on obtaining development approvals.

Baker said since Pulte is a public company, it takes care to avoid risks in development deals. It has a criteria of about 20 questions that must be covered when considering a deal to rate it on risk and potential return. For instance, a site with a clearer path to development approves carries less risk. A product type that Pulte has experience building also has less risk. If a project has greater risk, the potential return better be high or he won’t pursue it, Baker said.