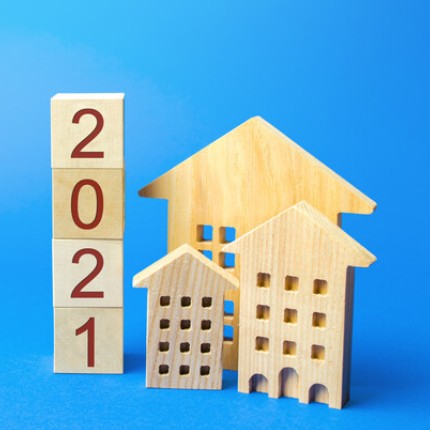 The U.S. housing market will get stronger through 2021 as the economy recovers from the pandemic-driven recession, while mortgage rates remain historically low, a major brokerage predicts.

Annual home sales are expected to rise more than 10% in 2021, following a 5% rate of growth in 2020, according to a recently released Redfin report.

“Even as the pandemic hopefully nears its end, Americans will continue to buy homes that fit their new lifestyle,” Daryl Fairweather, chief economist of Redfin, said in the report. “As a result, 2021 will see more home sales than any year since 2006.”

The housing market will continue to be buoyed by historically low mortgage rates, according to Redfin, which predicts that the rates will rise slowly from 2.7% to around 3%. In the meantime, more new homes will be built in 2021 than in any year since 2006, according to Redfin’s forecast. New construction has already picked up since the pandemic began, and building permits increased 21% from September to November compared to the same period last year.

“Historically low interest rates have allowed builders to finance their projects at lower costs, and because homebuyers are now more eager to buy in suburban and rural areas where land is cheaper than in the cities, there will be more areas where homes can be built profitably,” Ms. Fairweather said in the report.

Redfin also predicts that more than 14.5 million Americans will migrate across county lines, the highest number since 2004. The normalization of remote work during the pandemic has set off a domino effect of increased homeownership. By the end of 2021, the American homeownership rate will reach 70% for the first time since 2005, according to Redfin’s predictions.

At the metro level, San Antonio, Texas, Tucson, Arizona and Tampa, Florida, will be the hottest housing markets in 2021, as major cities nearby, including Austin, Phoenix and Miami, become unaffordable, Redfin said.